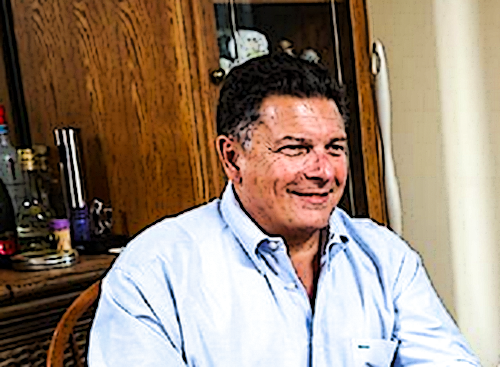 Politics has always been an ugly business, Save Jerseyans, but the Democrat Machine’s General Majority PAC is taking things to a whole new low this cycle by smearing Republican candidates in LD1 and LD2 without any regard for the truth whatsoever.

Spin is one thing, right? For good or for ill, the general public has a high tolerance for electoral nastiness. They sharp expect elbows to fly and attacks to get personal.

This is different; in 2015, the Super PAC spearheaded by a former Harry Reid staffer is blatantly and shamelessly making stuff up on South Jersey TV backed up by millions of dollars that give legs to the lies. N.J. Republicans don’t have an equivalent entity so it’s a one-sided debate without checks and balances. What’s more, because of the current state of campaign finance law, the average voter can’t even form a well-rounded opinion on the content of the ads based upon who’s actually behind this stuff.

Perhaps this cycle’s most galling smear hit the air last week. The narrator tells us that Sam Fiocchi, the first legislative district’s freshman assemblyman and veteran small business owner, is “one of South Jersey’s most notorious tax delinquents.” On what basis, you ask? Alleged late property tax payments. Forty-five of them.

It’s an ugly-sounding charge but stop the tape! Is the truth as ugly as the smear? Let’s check out Assemblyman Fiocchi’s property tax records. He publicly released them all here.

The backstory is important, too, so it’s the right place to begin critiquing General Majority PAC’s nonsense. It’s a classic American story. Most politicians talk about “creating jobs” but only a few have actually done it. Sam Fiocchi (R-Vineland) built small businesses (plural) in South Jersey from the ground up. He started out helping the family business in the agricultural industry. Now a licensed real estate agent, he owns Belvedere Properties and serves as a partner in both KLS Investments and Fratelli Holdings. He’s also a past president of Lee Rain, Inc. and the New Jersey Irrigation Association. He’s directly catalyzed the creation of hundreds of jobs which, for those of you keeping track, is hundreds more than anyone else rocking those ostentatious legislative license plates.

The sad part? You and I know all-too-well how Trenton makes job creators like Sam pay – dearly – for creating jobs. Between 2006 and present, Assemblyman Fiocchi paid $438,186 in property taxes on his Garden State properties. That amount is the equivalent average annual bill for fifty-four New Jersey houses or, if you prefer, the annual cost for 21 Paterson City students to get a non-education.

Unlike his colleagues in Trenton, Sam and his businesses don’t get to kick the can down the road with reckless borrowing, taxing, and fiscal shell games. The tax man and bill collectors need to be paid. So like all businesses, when time is tough, payments get harder to make.

But Assemblyman Fiocchi still paid his taxes. As his released property tax records clearly show, the 45 late payments cited by General Majority PAC were primarily only a few days late. He complied with this state’s endless mountains of regulations and, if he was slightly behind on something as happens to ALL of us at some point in this crazy and expensive world, he stepped up and honored his obligations.

Take this tax year 2010 billing ledger for a Vineland property as an example of how absurd all of this is:

Did you catch it? Look again:

That’s right: this Democrat PAC is spending MILLIONS of dollars to mischaracterize a 27-cent interest payment!

It’s almost funny, again, given what those of us who pay attention know about Trenton’s spending habits.

Take for instance Fiocchi’s adversaries, Asm. Bob Andrzejczak and his puppet master, state Senator Jeff Van Drew, who both voted to increase the corporate business tax and the millionaire’s tax in 2015. Politicians like Bob Andrzejczak cast votes that decimate New Jersey job creators like Sam Fiocchi. Then they shamelessly duck debates and hide by multi-million dollar shadowy super PACs that further decimate guys like Sam Fiocchi when they stand up for their family businesses and hard-working employees in a toxic business climate… an environment which guys like Andrzejczak and Van Drew helped bring about.

“After more than 40 years owning, operating and growing a South Jersey small business, all the slimy North Jersey special interests backing our opponents can dig up on me is that I was late mailing in some tax payments and had to pay a few dollars extra in interest because of it?” explained Fiocchi in a statement calling on his hypocritical opponents to denounce the Super PAC’s tv spot.

“Hypocrisy” might be the operative word. According to Fiocchi and PolitickerNJ, Senator Van Drew’s own dental practice was on the same unable-to-file list as Fiocchi’s cited business for more than 7 years before eventually correcting the clerical issue as Fiocchi did (apparently in much quicker fashion, I might add). It doesn’t make Van Drew a bad dentist! I’m sure he’s just as good at drilling his patients’ teeth as he is their wallets. And it’s not illegal or anything like that. It’s just part of the ins-and-outs of trying to do business in an anti-business place like New Jersey. So in a just and fair world, Van Drew would empathize and tell his allies to quit it.

N.J. politics is anything but just and fair. “Bob Andrzejczak and Bruce Land will predictably throw-up their hands and claim they have no ability to speak out against these sleazy advertisements from the North Jersey special interests backing their campaign, but that’s not true and they know it,” added Fiocchi. “Bob and Bruce – if their handlers allow them to – have the power to speak up and publicly denounce these kinds of smears. They have the ability to say they don’t want any more help from North Jersey special interests who are intent on destroying Atlantic City and further wrecking South Jersey’s economy. I am eager to hear what Assemblyman Andrzejczak and Mr. Land have to say and if they will do the right thing.”

Of course Fiocchi will be an old man before his opponents ever “do the right thing.” That’s why I say these smears are an insult to the rest of us, too, not just the Assemblyman. General Majority PAC is betting that New Jersey voters are going to lazily side with the big money incumbents, and their shadowy political bosses, over a small businessman and job creator who’s being outspent maybe 10-to-1 on the airwaves right now. The guys who treat Trenton like a personal piggy bank think South Jersey won’t think twice before supporting them over a man like Sam Fiocchi who pays a TON of taxes and employs plenty of other taxpayers.

But I can’t tell you how to feel, Save Jerseyans. I can only give you the facts; then we’ll find out on November 3rd whether you’re as insulted (and tired of this bullshit, pardon my French) as I am.

6 thoughts on “Fact Check: Democrat Machine smears Fiocchi (and insults the rest of us)”