Previewing the LD36 local battlefield for 2016 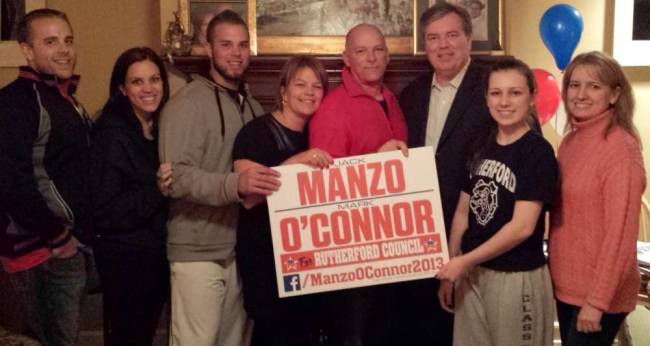 Before we take a look at the county as a whole, Save Jerseyans, where three constitutional offices and three freeholder seats will be up for grabs, we will be taking a look region by region at what is at-stake locally next year.

Today we start in the region where Republicans enjoy some of their biggest and best local successes in 2015: District 36. While the last few years have been a boom for Republicans in the area, 2013 was a particularly good year. It will be a region where defense might be the name of the game with many seats to defend. 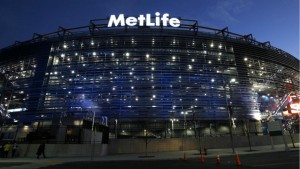 Here is a quick rundown of the landscape going into 2016:

Democrats made a better play than usual for Carlstadt, but behind the strong leadership of Joe Crifasi and Bruce Young, Councilman Craig Lahullier easily beat back by a Democratic challenge to assume the open mayoral seat vacated by long-time Mayor Will Roseman who chose not to seek re-election. With the strength of the Republican organization, it appears no matter who is on the ballot, Republicans will easily win, and with two long-time popular incumbents, it seems unlikely that Carlstadt will even draw Democratic challengers next year

What do you get when you mix a powerful state senator as mayor and a virtually absent Republican presence in a town? You get the town where Republicans lose in landslides, if they run candidates, despite holding their own in county and statewide election results. There is a chance that new blood could infuse a change into Wood-Ridge but success at the local level for Republicans may still be a few years away. No candidates have emerged yet, but veteran operative Al Enriquez would create a buzz for local Republicans who desperately need one.

Ridgefield is another town which is split on a county and state level, but has titled strongly to the Democrats locally behind a powerful machine lead by Mayor Anthony Suarez who, after barely surviving recall and an investigation, handily defeated Councilman Vincentz this year for the third time. This race was not as close as the last one, and it puts Vincentz on the hot seat to defend his seat next year. He will be running with Angus Todd, who he won with in 2009, lost with in 2012, and returned to a ticket with winning in 2013. Ridgefield should prove a good barometer for how the local elections are going to unfold.

South Hackensack has proven a tough place for Republicans who have not held the majority since Rosina Romano was the mayor. However, Vincent Stefano has proven the exception winning a strong victory in 2013. Part of the strength of the margin may have been due to Romano appearing on the ballot as an assembly candidate, but Stefano certainly has the popularity to win again in 2016. His derailment would be a strong Democratic showing on the top of the ticket but look for him to enter as a strong favorite to retain his seat.

East Rutherford may have two Democrats on the council but even that number is deceiving. The two Democrats, Ed Ravettine and Sam Stallone, are former Republican council members who switched parties after Ravettine was defeated by Homaychak in a primary three years following Ravettine running against Mayor Cassella as an independent. Brizzi has served nearly two decades on the council and is a fixture in the town. He is about as near of an unbeatable incumbent as you are going to get a in town which still has more registered Democrats than Republicans. Barring any defections, Republicans enter as heavy favorites to hold the two seats. 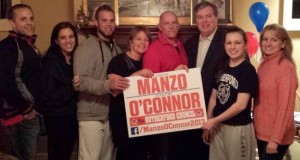 Rutherford can be a battleground especially in a presidential year, but voters soundly showed that they approve of the work that Mayor Joe DeSalvo and his team are doing by re-electing the mayor by 500 votes and sending both his running mates to nearly as impressive victories. In 2013, Manzo and O’Connor knocked off two incumbent Democrats by nearly 600 votes and look to be a good position heading into 2016. Democrats appear to be splitting, but never count out the McPherson machine. Luckily for Republicans, “Hudson Mark” Goldsack, lackey of Assemblyman Vinny Prieto, may run again for the Democrats. This is a race to watch, but until the Democratic candidates are determined, it is hard to gauge how competitive this election will be.

North Arlington has been swelling as a hot bed of Republican victories in the last few years to the point where Republicans now own every single seat in local government. A ticket headlined by Councilman Brian Fitzhenry easily defeated two Democratic incumbents and beat the North Arlington Democrat Party, once a powerhouse under current Freeholder Steve Tanelli, into submission. While 2015 was the last stand for this group of Democrats and the failed miserably, 2016 will be perhaps the most telling year. Democrats can either continue with the same failing crew, or can attempt to rebuild and begin to find new candidates. The recently vanquished Kelly Velez vowed on her Facebook page that she would be back next year, and I cannot think of anything that would be better for Republicans. If the Democrats do not completely blow it up and rebuild, it is reasonably to think they will not be competitive in the town for the next few years and it could soon be going the way of Carlstadt. Expect the Republican dominance to continue barring some unknown candidate with lots of money or lots of friends.

The only District 36 with split incumbents in 2016, it could be the most exciting battleground. Republicans have control in Wallington for the first time in decades following a surprise sweep in 2015. The bonus for Republicans? Their most popular incumbent, Chris Sinisi (pictured on the right), will lead the ticket going into 2016. The rumor mill is suggesting that a very popular local figure may join the ticket which could lead Republicans to 5-1 victory with a sweep. Municipal Chair Dolores Rebecky should be commended for her tremendous job in taking back a town that was not on the radar of many people. Sinisi enters a strong favorite, and with a strong running mate beside him there could be much to celebrate in Wallington in 2016.

Is your interest piqued? Good. Stay with us for a continuing preview of local elections and details as they emerge, Save Jerseyans…

3 thoughts on “Previewing the LD36 local battlefield for 2016”