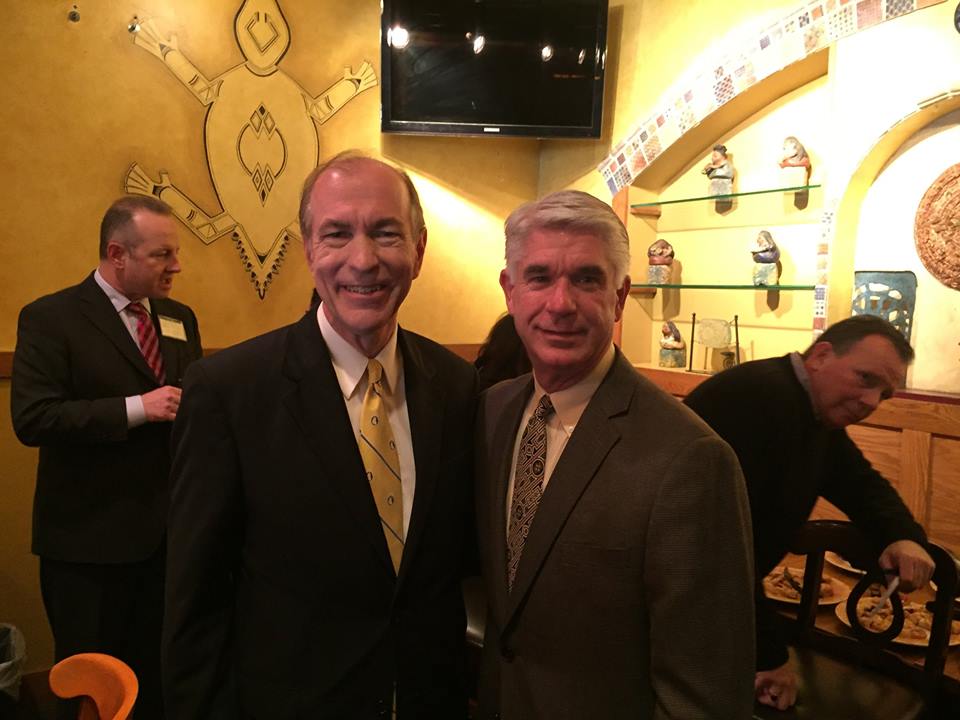 The primary is not until June and the re-organization a week later, Save Jerseyans, but with Election 2016 events continuing to take shape in Bergen and well-beyond, here’s an update on this year’s most potentially contentious race for county chairman:

When Bob Yudin took over as chairman in 2007, he faced a party similar to the one that exists in 2016.  It was fractured, coming off numerous crushing losses, and was in disarray.  Yudin suffered some early losses but, by the end of 2010, it is up for debate just how responsible he was for it given the gains. Republicans seemed like a juggernaut at the time, a time when Chris Christie was also cruising with competitive-to-strong numbers. Fast forward five years and Bergen County is as blue as it has ever been at the county level. A popular joke at the moment among Yudin detractors is that another match up between Democrat Chairman Lou Stellato and Bob Yudin would resemble Mike Tyson taking on a punching bag.

Yudin and his allies obviously strongly disagree; he was correct when he recently told Save Jersey‘s Matt Rooney that, on the local level, Republicans have made modest gains in recent years. Just yesterday, Bergen County’s two GOP state senators endorsed him. However, on the county level, the party is undeniably reeling particularly with one incumbent GOP freeholder bowing out and a veteran GOP sheriff switching parties in recent weeks. Yudin is an experienced convention campaigner and won’t go out without a fight but he certainly does not enter the race as a clear favorite. Something else to consider: whether the waning political clout of his long-time ally Governor Christie plays a role – positively or negatively – in the minds of committee members also remains to be seen.

The morning after Election 2015’s dust settled, Mayor Kevin Rooney wasted no time announcing his intention to take on Bob Yudin. This was, of course, also the day after Rooney vanquished Susan Yudin, wife of the chairman, along with Independent Tom Madigan for seats on the Wyckoff Township Committee.  Rooney has plenty going for him as a candidate: a track record of proven success at winning elections, the monetary chops needed to be chairman, and the potential to serve as a unifying presence (few folks have anything bad to say about him). Rooney’s biggest challenge? A rematch with the Yudins is unlikely to be a one-on-one affair.

Almost as quickly as Rooney announced, DiGaetano spoke exclusively to Save Jersey stating that he was “seriously considering” a run for chair and, by all accounts, that hasn’t changed over the past few months.  It appears to be a matter of if, not when, his announcement will come at this point. Given his extensive reach around the county, it would be hard to see him not emerging as the front-runner almost immediately. Can he hang on and translate that into a win? While DiGaetano currently resides in Franklin Lakes, his base of support would seem to be having a near monopoly on support south of Route 4 from his time representing South Bergen in the legislature.  DiGaetano’s long-time residency in Passaic and then Nutley would give him reach beyond the borders of the county and possibly build a stronger united northern front. The key in a three-man race would keeping Yudin under 50% +1 since BCRO elections are not a first-past-the-post affair. Would deal-making ensue?

If DiGaetano does in fact decide to run, the idea of a Zisa candidacy is a non-starter. Zisa and DiGaetano are good friends and close political allies meaning that this is a scenario which only occurs if the assemblyman chooses not to run. Zisa served as mayor of the largest city in the county and has extensive connections to the party and was once considered a near lock to become County Executive someday. He could prove a worthy opponent for Yudin and would build on nearly all the same blocks of support that DiGaetano would.

Though not as clear-cut as Zisa, Crifasi would also appear unlikely to run if DiGaetano did. Crifasi has built an empire in the southern portion of the county piling up local victory after local victory. That track record would lead him to a consensus candidate with a proven record of electoral success.  The County Committee in District 36 is a fairly cohesive unit and Crifasi could quickly line up support should he choose to run. It would be a surprise to see him pass on the opportunity should it arise.

Alonso previously stated that he is not interested in running for chairman, but that doesn’t mean talk about his potential candidacy does not make sense. Alonso, though unsuccessful in prior races, has been a somewhat uniting figure in the party and certainly a team player stepping up to (try to) run for Anthony Cappola; whether Yudin or the state party fumbled the ball on that one continues to be debated. Recently named to the Rubio for New Jersey team, Alonso certainly has shown he is not going to be going anywhere any time soon. There is also another reason why an Alonso candidacy makes sense:  if Senator Cardinale does not seek re-election next year, Alonso would have the ability to grant the line to his friend and political ally Carlos Rendo in 2017 for whatever seat on the District 39 ticket becomes available.  Forward thinking?  Perhaps.  However, it is certainly another reason not to discount an Alonso candidacy.