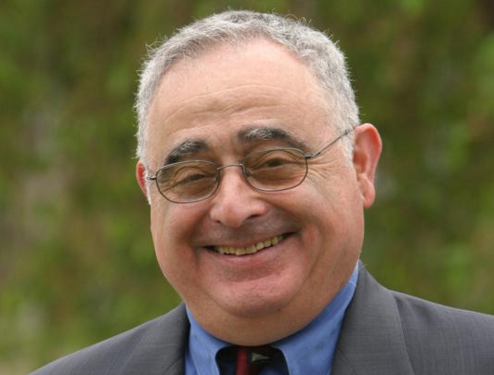 When we first tried to connect earlier this week, Save Jerseyans, the 76-year-old chairman of the Bergen County GOP couldn’t keep the phone appointment. He’s been a volunteer fireman for nearly four decades and had to mind the fire desk during a morning fire call.

We finally touched base after hours while he was manning his family-owned appliance store at the other end of the state. Long hours is something we share in common, though our professional focus is different, something he was quick to point out.

“I’m not a lawyer, I’m not looking for insurance or any remuteration. I do it because I believe in good government,” Bob Yudin told me from the get-go when I joked about the craziness associated with local politics. “In many cases, Democrats and Republicans are in it for personal gain. So no one can hold anything over me.”

It’s a point well-taken. That being said, Bergen Republicans are presently debating (in their usual rough-and-tumble way) whether the party itself stands to gain by reelecting Yudin for another term as Republican leader in the state’s most populous county. By all accounts, it could be the fight of the incumbent’s political career.

This wasn’t a courtesy call despite the Chairman’s courteous demeanor and laudable openness to answer a full battery of questions served up by your Blogger-in-Chief.

The catalyst of our conversation was a January 4, 2016 Save Jersey post from our own Matthew Gilson that contained some North Arlington GOPer’s reportedly not-so-positive assessment of Yudin’s tenure. An unambiguously-offended Chairman Yudin made it clear that he wanted to get his story out there in the social media sphere. I was naturally more-than-happy to oblige. He took specific exception to a quote from an unnamed NA Republican who alleged, colorfully, that “Yudin couldn’t find North Arlington on a map; he sends us a small check every year and expects us to kiss the rings.“

“Bogota had reorg the same time, on the same day,” the Chairman in the 70-town-strong county explained to me. “I can’t be in two places at the same time!” He touted having attended other reorganizations this January including those in Midland Park, Rutherford, and Saddle River. “I have been to North Arlington events many times, including an open-air press conference years back.” Local criticism there, and elsewhere, clearly mystifies him.

As to the perhaps more serious charge that he doesn’t support local organizations, Yudin came armed with statistics and numbers which he believes resoundingly refute the narrative of an absentee chairmanship. “Over 8 years, I’ve given North Arlington several thousand dollars, averaging $300 to $500 dollars per year,” he shared. “I have given out close to $195,000. I gave 20-30 municipalities between $10,000 to $20,000 in 2015.”

The ‘kiss the ring’ comment? “It’s bordering on anti-semitism,” he told me, his voice rising ever-so-slightly through the receiver. In the Jewish Republican’s mind, it was a clear reference to the Catholic papal institution of kissing the Ring of the Fisherman as a sign of obedience and therefore the comment was contextually bigoted; I respectfully disagreed, pointing out how it’s a pretty common cultural reference to the all-too-common Jersey tradition of bossism (as an Italian-Irish Catholic and life-long New Jerseyan, Don Corleone comes to mind – not Pope Francis). So maybe I’m the one who should’ve been offended by the quote and whoever spoke it? Assuming, of course, I was the kind of person who got offended over such things. But we agreed to disagree and kept moving.

We both agreed, for example, that the Bergen GOP’s problems extend well-beyond rings and reorgs.

Defeating then-chairman Rob Ortiz by a 57% to 43% margin back on June 17, 2008, Yudin promised a new day for a GOP that had struggled during the McGreevey/Cody/Corzine years to recapture its former glory as a statewide powerhouse. Initially, there were significant successes.

“Since I’ve been chairman, we elected two Republican freeholders, then three Republican freeholders, then when went on to elect a county-executive, re-elect freeholders, and a sheriff, too,” for starters, recalling the party’s high-watermark in the early days of the Christie Administration. But things have taken a turn for the ugly notwithstanding local successes (Yudin said 6 more local Democrats have been unseated than Republicans, net, under his leadership throughout the county’s 70 municipalities).

Unfortunately, approximately $2.68 million raised didn’t translate to a permanent comeback for Republicans at the county level. Reversals over the past two years, compounded by demographic challenges, statewide-GOP issues and intense intra-party infighting, has brought the BCRO back to the point of near-extinction in Hackensack this upcoming November. The county candidates were shut-out by rough margins in 2015. Those setbacks have also fueled the fires of internal strife.

Before the ink was even dry on the election results, former state senate candidate Fernando Alonso called on Yudin to resign in a published op-ed and Wyckoff Mayor Kevin Rooney (no relation) announced a challenge to Yudin ahead of the spring 2016 county committee reorganization. In a more recent interview, Rooney slammed Yudin as his Democrat counterpart’s “best asset.” Former Assembly Majority Leader Paul DiGaetano is weighing a challenge of his own with a decision expected in the not-too-distant future.

Yudin candidly admits to the scope of the problem but doesn’t pretend to have all the answers. “We have to convince the electorate to maintain the balance of power – you need Republicans and holding Democrats or you risk a return to the Ferriero years,” echoing what he believes will be a major theme for the county organization’s 2016 campaign effort with a significant number of defenses.

Being the political nerd that I am, I asked the Chairman to indulge me in a little comparative analysis by explaining what makes Republicans consistently successful in Democrat registration-dominate counties like Burlington and Atlantic versus Passiac and his own county. “I don’t have an answer that,” he admitted. “When has anyone won at the county level in Passaic, Essex, Hudson?” he asked rhetorically, focusing on his North Jersey neighborhood. “We’ve had success here and can have successes again if we are united.”

Where his opponents are concerned? Yudin’s attitude can fairly be categorized as dismissive, referring repeatedly to his fiercest recurring critics as ‘malcontents’ unconcerned with the party’s welfare. “We have Republicans who hate their fellow Republicans so much that they would rather see those Republicans lose than unite to defeat the Democrats,” Yudin fired back, verbal guns blazing. “Fernando Alonso is a perfect example, calling for my resignation the day after the election at PolitickerNJ, not in-house.” Yudin thinks Republicans airing dirty laundry outside of the organization is a leading cause of the BCRO’s challenges.

I fully granted that the infighting phenomenon hardly started with Bob Yudin’s tenure but, at the same time, certainly hasn’t seemed to improve. I asked what he could do to stop the alleged malcontents, or bring them back in the fold, to avoid another Donovan vs. Saudino-style electoral disaster for his organization?

Again, the Chairman was candidly unsure of what a full solution could look like other than to highlight his own efforts at peace-making. “Kathe Donovan conducted an outright war against the Sheriff,” he explained, citing his own public endorsement of the former Republican county executive.”I pleaded with her to keep it in house, but the Sheriff’s people got so mad at her that they went out to work against her.”

At the end of the day, Yudin remains confident that the county committee members will grant him another shot at moving the BCRO forward, and he confirmed for Save Jersey his unequivocal commitment to seeking another term as chairman. He sees it as a referendum vote of sorts pitting his record, characterized by him as a significant improvement over prior BCRO leadership regimes, and a parade of negativity from his persistent critics. “When we get close to the race, and I’m confident that I will be reelected. I believe my county committee is appreciative of my efforts,” Yudin confidently stated, adding that he planned to release “information” about his opponents in the near future which would clarify committee members’ decision-making.

He understandably demurred when I ask for details, preferring to let the campaign unfold over the coming weeks and months, promising to keep Save Jersey readers in the loop.

I followed up by pointedly asking why he’s a stronger choice than the only formally announced challenger as of this writing. “I’ve been involved for years, working to get people elected at the county; Mr. Rooney has not lifted a hand or tried to do a thing,” Yudin said. “He just comes along and announced he’d be a better choice.”

Stubbornly, continuing on that line of questioning, I granted for the sake of discussion my full agreement with his characterization of his chairmanship as an overall success, and then inquired whether recent major losses at the county level suggest he’s got a ‘Tom Coughlin problem’ (for non-sports fans, the legendary aging NY Giants coach stepped down this week despite past Super Bowl wins in the wake of the team’s slide in recent seasons).

Again, Yudin unflinchingly insisted that he’s not the one who is holding back the BCRO in 2016 and beyond.

“One of the reasons we’ve had these bad years: we need the malcontents to stop uttering public pronouncements and come within the party and help elect Republican candidates. Help us unite and win.”