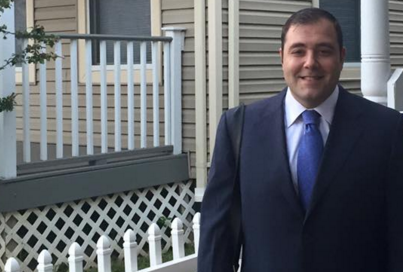 Despite a historic albeit close loss on Election Day, Save Jerseyans, Red Bank Democrats (who’ve lost consecutive municipal elections in a clear rejection of their governing tenure by the voters) have decided to subject the borough to a recount ordeal.

And doesn’t that say something?

At the end of the day it was very close, that’s true, but you’d think Red Bank Democrats would want to retool after consecutive butt-kickings, right? Losing with provisionals but somehow getting lucky with recount gymnastics would not exactly a mandate make!

That very valid point was repeated today by one of Monmouth County’s leading young Republican leaders.

“It is pretty sad that a nearly [sic] liberal lawyer and career politician is continuing to try to make 2+2=5,” explained Sean DiSomma, the GOP municipal chairman who engineered what turned out to be a rare Republican win in Super PAC besieged LD11 this cycle, in a statement obtained by Save Jersey. “He tried it for many years on the council and has been rejected by voters three times under three different sets of counting rules. He is now pushing for an UNPRECEDENTED hand recount of absentee ballots. This has never happened before and opens the ballots up to human error and the all too inaccurate game of determining ‘voter intent.'”

“At this point, it is up to Mr. DuPont to decide what his legacy will be,” DiSomma concluded. “I hope he explores his conscience and makes the right decision so Red Bank can move on with the change they voted for.”

So do we, as do the good people of Red Bank who are clearly tired of the status quo.