Christie slams pension amendment: “other $2.4 billion is coming from you” 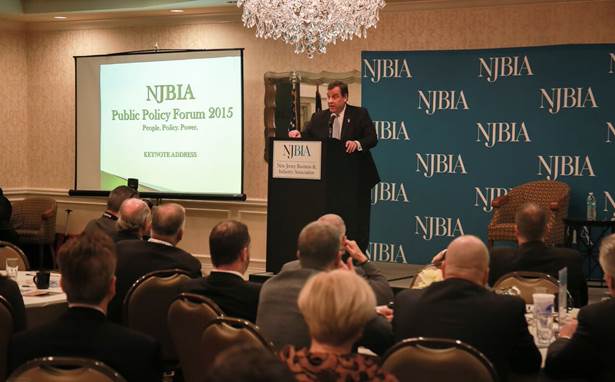 Beware and here’s what’s coming down the pike now. The President of the Senate, yesterday, said he wants to put a constitutional amendment on the ballot to require, constitutionally, pension payments to be made. I want you to understand what this is going to mean. This is a $3 billion tax increase on 90% of the state, to benefit his political patrons who amount to 10% of the state. Now if this is the kind of state you want to live in, then get ready. Because the payoff for the tens of millions of dollars that the public sector labor unions have donated to the Assembly and Senate Democrats is coming right down Broadway, right now. They bought and paid for this legislature and here comes the payoff. And by the way that’s not all they want to do. They want $3 billion to put into the pensions of new taxes. And I want you to understand. When Jim McGreevey did the millionaires tax in the early part of the last decade it raised over $2 billion. If you did the same millionaires tax today, at most, it would raise $600 million. Now what’s that tell you? A lot of millionaires have left the state of New Jersey and gone elsewhere. So, don’t let them tell you they are going to be able to help the poor down trodden public sector union workers by taxing the rich. That gets them a fifth of the way there. The other $2.4 billion is coming from you.

4 thoughts on “Christie slams pension amendment: “other $2.4 billion is coming from you””