2016: The crucial year for democracy in New Jersey? 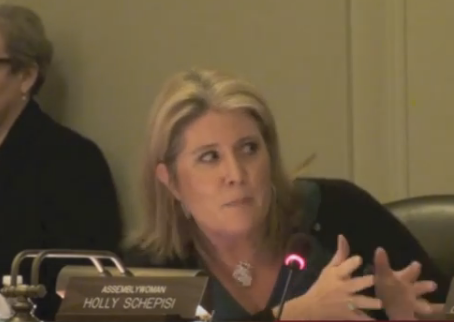 There are plenty of perfectly justifiable reasons to flee New Jersey, folks. I’d be lying if I denied it. Reasons to stay? You bet. I’m the guy who runs a site called ‘Save Jersey.’ But things are bleak; there’s no sugar-coating it.

The good (or bad) news depending upon whether you’re an optimist or a pessimist?

Next year will more than likely prove to be a critical year for democracy in New Jersey even without any state-level offices on the ballot.

For starters, we should finally get a decision at some point in Evenwel v. Abbott, the “one person, one vote” case you’ve likely heard something about. Oral argument took place back on December 8th. Bottom line? The U.S. Supreme Court will decide if voting district maps should be based on only eligible voters or a more holistic approach that includes non-citizens. A ruling that only actual citizens should be considered when drawing districts for actual voting (a no brainer, you’d think?) could force legislatures in a number of states – including our own – to throw out their current maps and redistrict early, and especially here in New Jersey, that change would clearly benefit the hobbled GOP.

But N.J. Democrats are forging ahead in the interim to consolidate their 2015 gains and tighten their grip on state government. On Thursday, during the Assembly Judiciary Committee hearing on SCR-188/ACR-4 (a redistricting constitutional amendment), Assemblywoman Holly Schepisi (R-39) aired her suspicions of the Democrats’ latest attempt to rig the game:

Her concern is justified, of course.

If ultimately approved, among other changes, ACR-4 would amend the state constitution to create “safe” state legislative districts for “two major political parties,” and mandate only that “at least 25 percent of all districts are competitive districts.” Which is hilarious, of course, Democrats’ crafted the current map expressly to favor “continuity of representation” over competitiveness.

What did that map buy us? At a time when things are awful in N.J. – so presumably plenty of folks in Trenton deserve walking papers – only a handful of districts were contested in 2015, and just 4 legislators lost their jobs, all of them members of the minority party. Hmmm….

The end result would be a constitutionally-enshrined one-party system in New Jersey.

“Our overall goal should be to ensure every legislative district is competitive, not to constitutionally or purposefully make any percentage of legislative races uncompetitive as the Democrats’ amendment would do,” opined Senator GOP Leader Tom Kean, Jr., in the wake of Thursday’s sham hearing. “… Their proposal is a clear power- and money-grab attempt to preserve the status quo of nation-high taxes here and prevent as many as 75 percent of New Jersey voters from having the power to make their voices heard at the polls.”

Kean’s own counter-proposal would predicate redistricting solely on census population data and forbid the use of political registration and election result data.

They’ll probably need to carry me out of the Garden State in a box, Save Jerseyans, but if BOTH of these issues go ahead the Republican Party in 2016, I’m going to have a lot more trouble summoning the sincerity to convince you to stay put and fight alongside me. Buckle up!