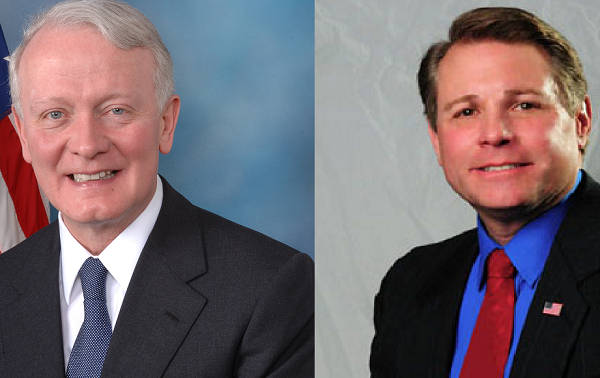 NJ-07 Republican voters seem destined to go back to the future this June, Save Jerseyans, with a rematch that’s becoming a district-wide biennial tradition.

Larsen tightened his margin of loss in the most recent bout, falling to Lance by 8.8-points in a low-turnout and low-energy 2014 midterm cycle without a ticket headliner where the incumbent spent little cash and avoided negative campaigning.

The challenger also lost by better than 20-points in the last presidential cycle match-up. How 2016’s unusual presidential contest will impact the race is anyone’s guess. Presumably, a GOP nomination battle that goes late and makes New Jersey consequential for the first time in decades could theoretically benefit Larsen if a so-called “anti-establishment” candidate is on the ballot. His campaign chair, Morris County-based operative King Penna, is a vocal Trump supporter.

Another wildcard this time around? Lance’s record has also taken on considerable conservative heft in recent years particularly on the health care front, narrowing possible avenues of attack for challengers lacking comparable resources.

“One of the least-reported substantial policy victories in recent years was stopping Obamacare’s insurer bailout through last fall’s CRomnibus bill. Now we can attach a price-tag to that victory: $2.5 billion. Along the way, several stalwarts in Congress did great work in advancing the issue, especially the House Oversight Committee, the House Energy and Commerce Committee, Rep. (now-senator) Bill Cassidy (R-La.), Rep. Leonard Lance (R-N.J.),” proclaimed The Weekly Standard back in October, highlighting the New Jerseyan’s role in the much-discussed risk corridor battle.

Most recently, Lance split from ally Paul Ryan and voted against December’s omnibus package along with NJ-05’s Scott Garrett.

We’ll follow the blow-by-blow and keep you in the loop, folks. As ever.

3 thoughts on “Larsen readies for round four with Lance”