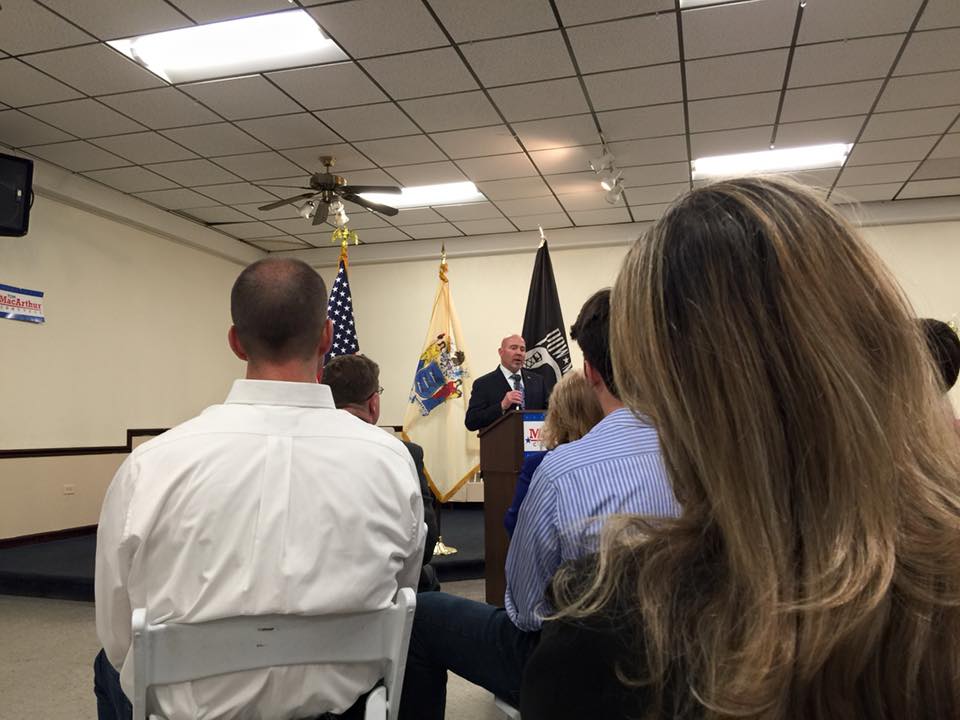 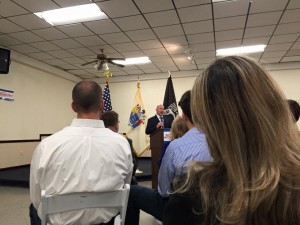 In a room packed with supporters, freshman U.S. Representative Tom MacArthur (R, NJ-03) formally announced his intent to seek reelection on Thursday afternoon at the American Legion in the strategically significant Burlington County suburb of Pemberton.

“I have no interest in being a creature of Washington nor someone who simply toes the party line on every vote,” said MacArthur.  “I ran for Congress to work with Democrats and Republicans to solve the pressing problems we face and to be a strong voice for the people of Burlington and Ocean Counties.  I am announcing my re-election today to continue that work and to help bring our nation together to confront the serious challenges we face at home and abroad.”

MacArthur focused on local priorities including ongoing FEMA reform and transparency efforts and the continued survival of the Joint Base.

“The Joint Base is South Jersey’s largest employer and is responsible for more than 100,000 local jobs and $7 billion in economic stimulus to our region; it is also a vital cog in our nation’s military preparedness and securing it’s future will always be a top priority for me,” said MacArthur, who championed passage of the National Defense Authorization Act (NDAA) designed to prevent retirement of the KC-10 refueling aircraft that’s central to the Joint Base’s survival.  “One of the proudest moments of my first year in Congress was convincing the Chairman of House Armed Services to tour JBMDL with me and base leaders, leading a truly bipartisan effort to prevent a new round of the Base Closure and Realignment Commission (BRAC) for 2016 that could have targeted Joint Base MDL and protecting key missions at the base to strengthen its position moving forward.”

The Congressman won his first term in 2014 after defeating then-Freeholder Aimee Belgard who subsequently lost her own position in 2015 before being appointed to the Superior Court.

Looking ahead, MacArthur will face either Frederick LaVergne (supported by Burlington Democrats), a past candidate, or Jim Keady (backed by Ocean County’s Dems), whose claim to fame involved being told to sit down and shut up by Governor Christie, in the November general election. The DCCC’s recruitment attempts fell flat early.