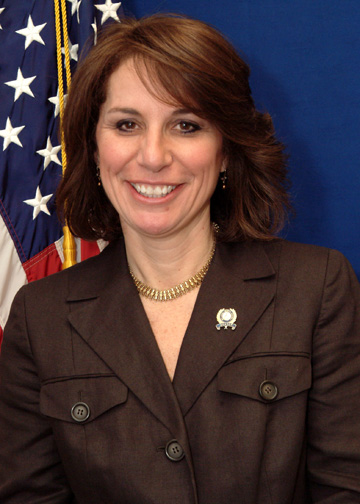 A combination of factors have made freshman Congressman Tom MacArthur (R, NJ-03) an unattractive target this cycle, Save Jerseyans, but at least one New Jersey legislator might try her luck. Or is thinking about it.

Assemblywoman Pamela Lampitt (D-Cherry Hill), a member of the South Jersey Democrat Machine, has met with the DCCC and is weighing a run according to a report from Politico-New Jersey‘s Matt Friedman.

Lampitt’s candidacy could make the district at least marginally competitive. Unlike Aimee Belgard, the vanquished Burlington County freeholder who got steamrolled by MacArthur in November 2014 after national Democrats cut their losses and ran, the Assemblywoman is a career member of a South Jersey Democrat organization capable of raising large sums of money.

The match might still prove unlikely. MacArthur and Donald Norcross have forged a close working relationship in Congress and open warfare between the South Jersey Democrats and a strong Burlington County GOP organization is rare. All the same, a presidential cycle where the Democrat nominee is favored to win the district presents an equally rare opportunity for Democrats to win a seat they’ve only capture once – back in 2008 – since Reconstruction.

That year’s successful Democrat challenger was a State Senator from Lampitt’s current legislative district, John Adler, who passed away not long after being unseated by former Congressman Jon Runyan…