Question for Bruce Springsteen: Will You Support Asbury Park Gays Against Bigotry and Refuse to Play There, Too? 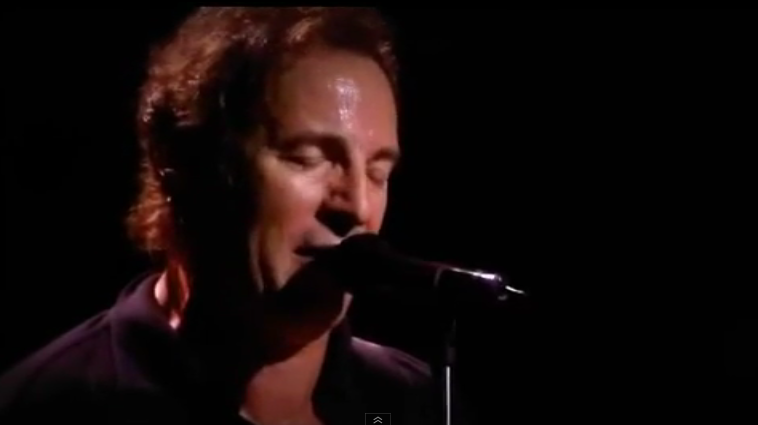 By Tommy De Seno | The Save Jersey Blog

I hail from the City of your choosing, Asbury Park New Jersey. A fan since you named your first album after our fair city; I’m one of your loyal “kids huddled on the beach in the mist.”  We’ve met on those nights you thrill the locals with impromptu performances at the Stone Pony, which made that venue famous.

I’ve noticed your occasional forays into politics, including your concert cancellation in North Carolina to protest laws about who gets to use what bathroom, and who gets to sue for discrimination.

As a constitutionalist I care mostly whether a government has the power to make a law. Those who care for politics can debate whether the law is desirable, if it’s good, if we want it.  That’s you Bruce. In song you’re passionately egalitarian. You’re culturally important.  I may agree or disagree with what you say, but I’ll go the full Voltaire and die for your right to say it. We need your political speech and that of others.

However, I do have a concern about you, Bruce. I need to know you are 100% committed to human rights. I need to know our working class hero is still with us.  You see, there is a human rights issue for LGBT people right in your beloved Asbury Park, far worse than bathroom placards, and you need to stop playing there until it’s fixed. Let me explain.

The Stone Pony (and all the boardwalk buildings in Asbury Park) was purchased by a company that is a drone for a parent company which owns and controls it in governance and operation. The parent company, Capital Guidance, is a Middle Eastern company that employs, consistent with their morals, a “Sharia Advisory Board,” chaired by the one of the world’s leading Sharia hucksters and supporters of human rights abuses – Sheikh Muhammad Taqi Usmani.

You don’t know him, but outside of America he was named the 22nd most influential person in the Islamic world. Let’s take a look at his greatest hits:

Regarding the LGBT community, Sheik Usmani wrote the laws of Pakistan, and enforced them as a judge, that jails gays for life for being gay. In other areas of that country? Gays are stoned to death. You’ll agree this is exponentially worse than a North Carolina Republican keeping a transgender person out of the ladies room.

Bruce, I know you care for black people, evidenced by your song 41 shots, and Asbury Park is a majority black community.  In the warring Islamic parts of North Africa they keep African slaves, and Sheikh Usmani supports slavery, saying:

Thus, the clear manifest truth is that taking slaves is permissible in Islam, with its laws and its limits which have preceded, and nothing has abrogated it, and there are wisdoms in this which we have explained, and the opinion of its abrogation is rejected and is against consensus, and has no proof from the proofs of the Shari‘ah.

While you abhor war Bruce, you’ve supported our troops, as with your song Born in the USA.  Sheikh Usmani, whose Deobandi school influenced the Taliban, called our troops fighting after 9/11 “butchers” “vultures” and accused them of killing innocents.  He lamented there weren’t enough “martyrs” against our troops, the same thought that girds the suicide bomber.

Please tell me we still have the Bruce Springsteen who objected to a condo tower in Asbury Park being called “The Rising” to keep unmarred his commitment to our 9/11 healing!

About you, me, and all of America, Sheikh Usmani in his book Islam and Modernism said Jihadists should launch “Jihad with Power” followed by this:

Here, killing is to continue until the unbelievers pay Jizyah [a tax on non-believers], after they are humbled or overpowered.”

Add it up Bruce. Sheikh Usmani advocates for and helped enforce a system that jails gays, enslaves blacks, hates our troops and wants Jihadists to kill you, me and anyone in America who doesn’t join his religion. The company that controls the Stone Pony brags that he is a moral advisor and spiritual guide.

This is a test I want you to pass, Bruce.  Prove to the world your commitment to human rights.  Stand with the LGBT community, with blacks, with our troops.  We are more than just born to run away, aren’t we? Will you stand with Asbury Park gays like you did North Carolinians?

Will you refuse to play Asbury Park until ties are cut with Sheikh Usmani, Bruce?

29 thoughts on “Question for Bruce Springsteen: Will You Support Asbury Park Gays Against Bigotry and Refuse to Play There, Too?”