REPORT: Balles will primary Levinson in 2019 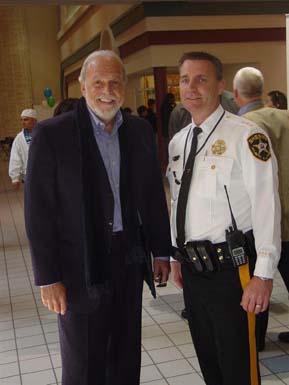 Absent a GOP gubernatorial primary, Save Jerseyans, the biggest contest worth watching next June might play out in battleground Atlantic County, epicenter of the A.C. takeover battle.

The catalyst? Money, or at least that’s the straw that reportedly broke the camel’s back. While the leading county-wide GOP officials apparently haven’t seen eye-to-eye for some time, the relationship deteriorated when Balles requested a salary increase (his income is capped by a formula) against Levinson’s opposition. Balles subsequently  took out after Levinson for $19,000 in salary increases for himself since 2009. Levinson, in turn, criticized Balles for requesting a raise during tough budgetary conditions.

The freeholders killed a formal proposal to give Balles a raise this week.

A hypothetical fight between the two relatively popular county officials could create a major intraparty split in an upcoming cycle where two LD2 Assembly seats will be on the line.

Correction: An earlier version of this article stated that the next election will be in 2017; in fact, the county executive will not be up again until 2017.