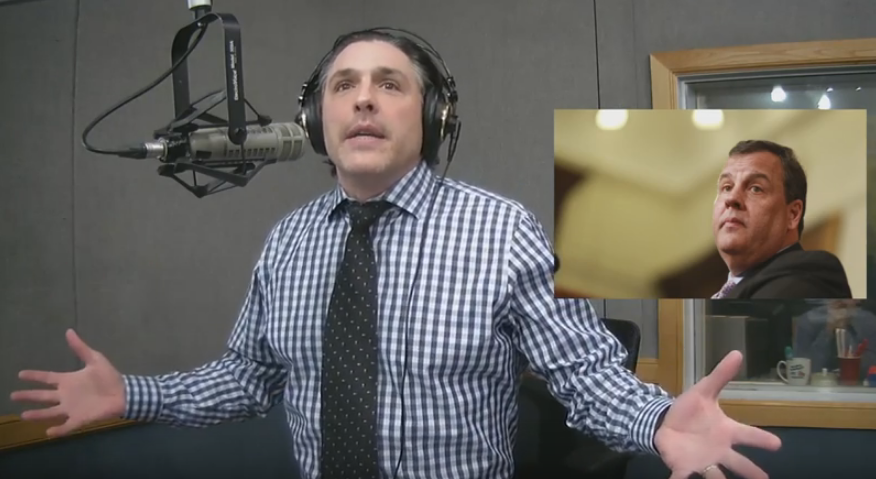 In case you missed it, Governor Chris Christie went on his NJ 101.5 radio show earlier this morning and dismissed him as a “performer” for suggesting, crazily enough (rolls eyes), that the most-taxed state in America should figure out how to live within its means before levying higher taxes.

Isn’t that a core Republican principle?

The Governor knows better. So do we.

As our friend Asm. Jay Webber recently opined, “[w]hile some say the bill represents ‘tax fairness,’ the tax cuts in the bill get phased in, so New Jersey taxpayers wouldn’t get their money back until five years from now, if it ever comes back at all.” It’s a TERRIBLE deal. Not one worth giving the Democrats a pass over.

Re: the dismissive attitude, yeah, I’m used to it. So is Bill.

For eight years, whenever a politician disagrees with me publicly or privately, they predictably drop the “you’re just a blogger” card at a passive/aggressive juncture in the conversation. Makes me laugh every single time.

Guess what? Neither Bill nor myself has ever gotten spanked by Moody’s.

Check your egos, elected officials. Do your job and New Jersey 101.5 & The Save Jersey Blog wouldn’t need to spank YOU on a regular basis.

Believe me: it’s not any more fun for us than it is for you… after all, Bill and I pay property taxes here the same as you… ‪