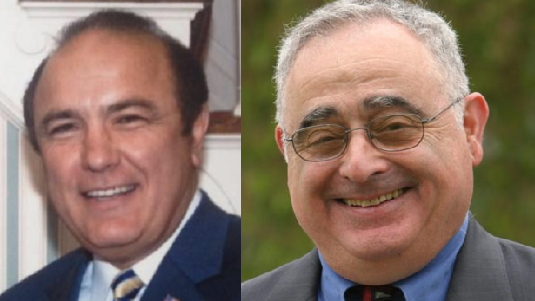 “At the present time the BCRO does not have, and is unable to raise, enough funds to run even a token election against the Democrats this November,” Shotmeyer said in an email blasted out to committee members and obtained by Save Jersey. “When Paul is elected Chairman, I look forward to working closely with him to organize and build a rejuvenated fundraising team, and to help return our party to victory in November and beyond.”

The race between DiGaetano, a former GOP Assembly leader and Bob Yudin, the multi-term incumbent, has turned particularly brutal in recent days even by rough-and-tumble Jersey politics standards with Yudin’s forces attacking DiGaetano’s associates and accusing the challenger of threatening the life of State Senator Kevin O’Toole (R-Essex), a Yudin supporter, back in 2005. DiGaetano has categorically dismissed the allegations.

An estimated 1,000+ BCRO members with gather to choose between the candidates next Tuesday 6/21 in Hackensack.

The full text of Shotmeyer’s letter is below the fold…

Dear Fellow County Committee Member: It’s time for us to elect a new Chairman in Bergen County — your vote counts on June 21st. I have been involved on many teams and have contributed time, sweat and resources for many good purposes. However, in Bergen County, it has become increasingly difficult to effectively raise sufficient funds to mount competitive campaigns. Why? I am convinced this is because we continue to do the same thing over and over again, expecting different results. While we may all have different opinions about prior election cycles, my focus is forward. I have spoken at length to both candidates for Chairman in an effort to determine who will best serve our County. Knowing both candidates for many years, I communicated openly and directly. I shared many thoughts and ideas on new directions we could take as a team. One candidate was open and inviting to new ideas, the other one was not. Notably, given what has been going around recently, about a month ago one refused to correct or remove knowingly false statements he made regarding me on his Facebook page (and now by email). My intention in taking the time to write this letter is simply this, we have a choice to make on Tuesday — will you vote for the status quo, or will you join me and many others and vote for New Leadership Now. I have served our organization many years and I have seen good cycles and bad. While I still do what I can, the lack of confidence in our current leadership has made the business of BCRO very difficult, and we have seen the results in the past several elections. At the present time the BCRO does not have, and is unable to raise, enough funds to run even a token election against the Democrats this November. When Paul is elected Chairman, I look forward to working closely with him to organize and build a rejuvenated fundraising team, and to help return our party to victory in November and beyond. To summarize, I urge you to vote Paul DiGaetano for BCRO Chairman this Tuesday, June 21st. Sincerely, Chuck Shotmeyer