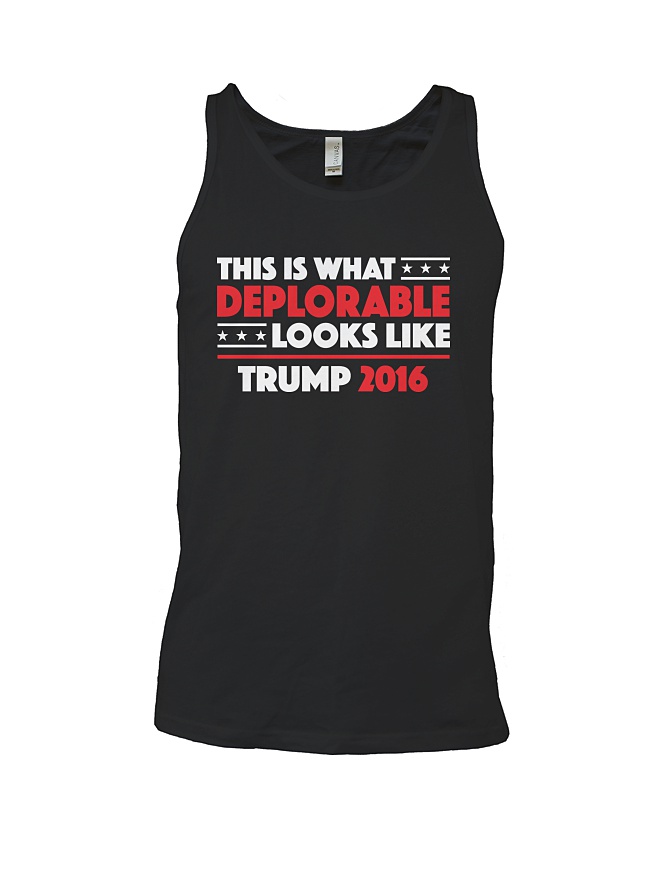 When Hillary Clinton labeled approximately 25 percent of the American voting public a “basket of deplorables” for supporting Donald Trump, she was justifiably hammered for being out of touch, elitist and insulting.

While all of those pejoratives directed at her are true and then some, the term itself quickly morphed into a badge of honor among Republicans. The tee-shirt business alone went bonkers, and I’m sure I wasn’t the only Save Jerseyan who jumped on that bandwagon (The one I ordered pictured right).

Who knows – I might even get some new ink to that effect, too.

It’s easy to turn a stupid comment against the person who made it especially when it goes to show the truth of what people who’ve opposed her have said since day one. Only the lamest of the lame deigned to support her sounding more like flat-earth theorists and 9/11 truthers, hence they were likewise summarily dismissed.

But for almost 18 months I’ve been waiting for an equivalent denouncement of something Hillary Clinton said that is infinitely and eternally far more reprehensible, offensive and, in how it would eventually work out, dangerous.

In remarks before the April 2015 Women in the World Summit In New York, Clinton called for, if taken at face value, the repeal of those portions of the First Amendment that prohibit the government from establishing a religion or interfering in the free exercise of an individual’s religious beliefs.

You can hear the offending words starting at 8:54, and if you’ve the stomach for it, start at 8:26 to be further appalled:

Think and mull over what she said, and consider the profound impact it would have on American law and political thought:

Laws have to be backed up with resources and political will, and deep-seated cultural codes, religious beliefs and structural biases have to be changed…and not just in far away countries but right here in the United States.”

Oh sure, there were a couple of protests – here and here – in the right-wing blogosphere, but I recall no mention of it beyond that.

Your church, synagogue or temple must now conform the tenets and doctrine of the faith to what the government says is appropriate.  Will this require a cabinet-level Department of Religious Compliance and Conformity – and punishment for those that refuse to toe the mark?

I’m very fortunate in that I’m old enough to have gone to school at a time when  class time was spent teaching the earliest history of the United States. We learned about the Pilgrims and other non-conformists, Baptists, Quakers, Catholics, Jews and others who came to the New World to escape exactly the kind of persecution that Hillary Clinton now gleefully advocates as the answer to the social and political problems of women worldwide.

I’m sorry, but I grew up believing that no matter who you are or what you believe, you have a right to those beliefs and to freely exercise and practice them so long as you don’t cause harm to people or property in the process. If you want to call the Almighty God, Jehovah, Yahweh, Brahma, Bahá’u’lláh, Allah – Yes, even Muslims have an absolute right to their beliefs even if they call for replacing the Constitution with Sharia law – or don’t believe in Him at all, you have that right. So long as you otherwise obey the law and respect others we all have the absolute right to be left alone to worship in our own way.

Consistent with the freedom to believe is the freedom not to believe any doctrine, precept or tenet, and this includes believing that abortion and same-sex marriage are evil or just fine – take your pick. And you can get on your soap box and proselytize either way to your heart’s content. Equally, I can choose to ignore your or debate you or call your beliefs and ideas good, bad or even indifferent at my pleasure.

This is what makes being an American exceptional and unique.

Take the subject of same-sex marriage. When my home state of Washington considered and debated the issue, it finally came down to a vote of the people as to whether it should be made legal or kept impermissible. In November 2012 and by an overwhelming majority, Washington state voters approved same-sex marriage, a result I saw coming and predicted almost a year in advance.  Religious opponents and religious advocates of it had equal opportunity to debate the issue not as a matter of their faith, but as public policy, and in the end, the people decided. That’s the way it’s supposed to work, and I can live with the decision. 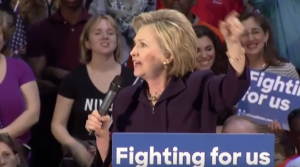 And I say this as a back-slidden, back-street, Black-Sheep Baptist who’s gone to more than his share of tent revivals, crusades and Wednesday prayer meetings while serving as an ordained deacon and sending his five kids to a very conservative Christian school.

But I can’t live with anyone, least of all Hillary Clinton, telling me that my religious beliefs, no matter what they are, must now change to align with a public policy she promotes. That’s not America – that’s an authoritarian dictate from an all-powerful government that refuses to see you as a free man or woman. (Cue up the goosesteps.)

We know that she has contempt for other constitutionally-protected freedoms. Her loathing of the Second Amendment is no great secret.

We hear a great deal about what’s at risk if she becomes president, yet I’m convinced that the full extent of the risk hasn’t sunk in with a lot of people who figure we’ll muddle through a one-and-done term with Hillary Clinton in the oval office. But a lot of irreversible damage can happen in four years. Hell, it can happen in four hours with her at the helm.

So, whatever it takes, no matter what lawful means it takes, all must be employed to keep her away from the White House.

Or do you want to end up worshipping at a church where she’s your ultimate vicar, scriptural authority, rabbi, imam or infallible pastoral authority – where each sermon, homily, message or otherwise ends with a voiceover saying, “I’m Hillary Clinton, and I approved this message?”