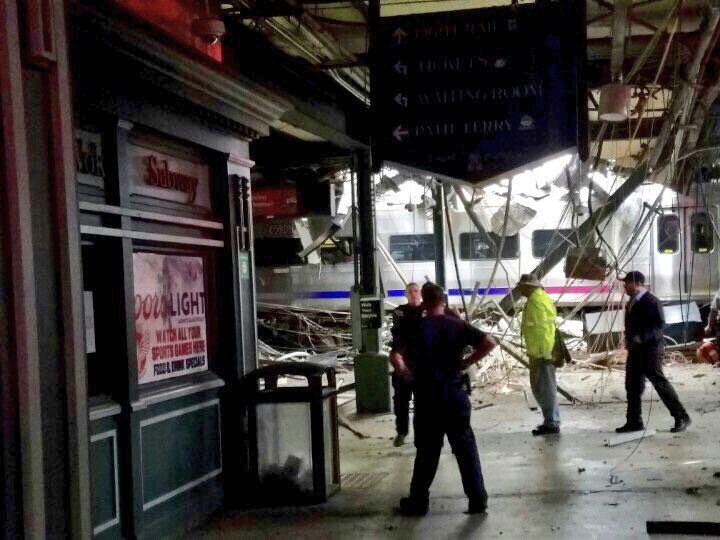 HOBOKEN, N.J. — PATH and N.J. Transit service is suspended this morning both in and out of Hoboken after a major train crash involving a Pascack Valley commuter train that has reportedly left as many as 100+ persons injured and inflicted serious damage to the terminal…

My train just derailed and crashed into the Hoboken train station. Thankfully all I got was a crack to my head, please pray for the rest pic.twitter.com/DEm34qFSFI

Ambulances & Rescue vehicles from as far away as #Englewood & #Hackensack arriving into #Hoboken responding to #TrainCrash #NJ #NJT #PATH pic.twitter.com/zHuxBCWJZI