The New Jersey State Police lost one of its own last night, Save Jerseyans, in an accident on one of South Jersey’s most notorious roads:

Route 55 is only 40-miles of highway traversing one of the state’s less-populated areas, but its track record is so bad that some long-time residents of the region have conjectured the entire thing – which provides an alternate route to extreme-Southern Jersey Shore points also accessible by the A.C. Expressway and Garden State Parkway – is actually under the influence of an Indian curse.

Most recently? 3 people were airlifted from an ugly crash on 55 back on November 26th.

Regardless of which roadway we’re talking about, the passing of Trooper Frankie Williams is a reminder that police put their lives on the line every time they walk out the door with their uniforms on. It’s a necessary job but a dangerous one, one which they’re happy to do and for which we should remain ever grateful to both the officers and their families.

The entire Save Jersey family extends its thoughts and prayers to the family and friends of Trooper Frankie Williams. 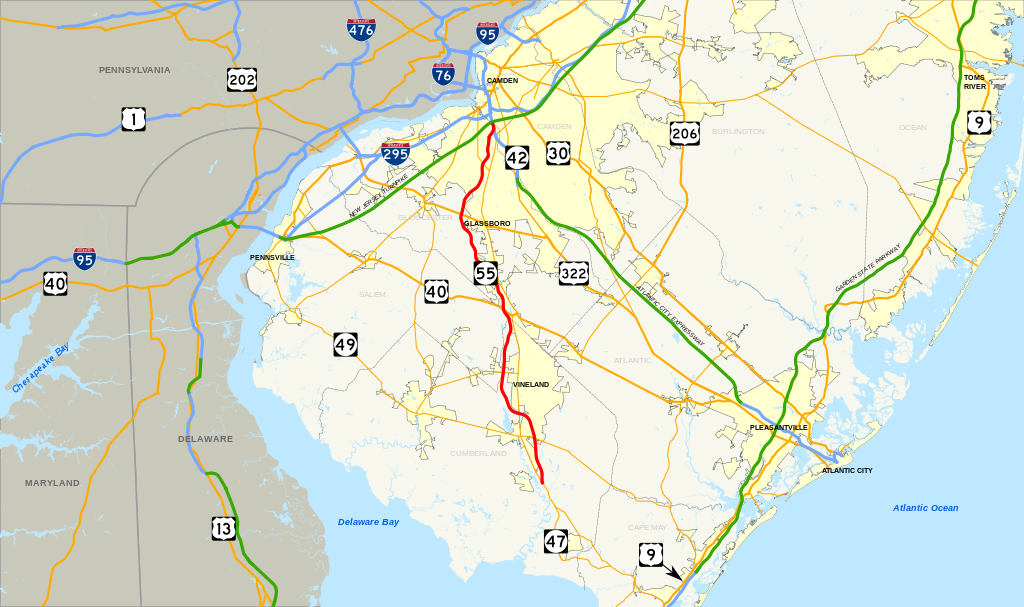 Millville City, Cumberland County – It is with great sadness today that Colonel Rick Fuentes, Superintendent of the New Jersey State Police announces the tragic loss of Trooper Frankie Williams #7953, who was killed yesterday in an on-duty crash on State Highway 55 in Millville City.

At 6:59 p.m., in the area of milepost 22.2, a man traveling southbound in his Toyota Corolla crossed the grass median, entered the northbound lanes, and struck the marked troop car head-on. Trooper Williams was traveling northbound responding to a call for service.

Trooper Frankie Williams, 31 years old, of Atlantic County, was a member of the 156th State Police Class, which graduated January 29, 2016. He was assigned to Port Norris Station.

We ask that the media give privacy and respect to the Williams’ family and members of his station during this difficult time.”