Shut up, Frank. You’re an idiot. 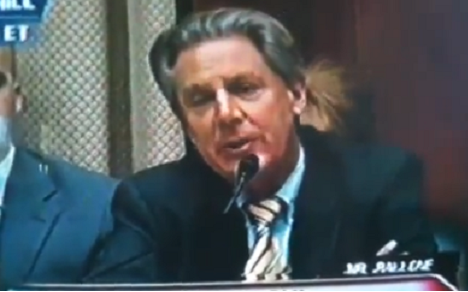 I try to remain civil about these things, Save Jerseyans, and avoid direct name-calling whenever possible, but when a career politician would prefer to keep lying to the people — and hurting consumers — in order to protect his legacy, even a lovable cheermeister like yours truly loses his patience.

Especially when said shameless career leech accuses others of being illogical all while his house of cards collapses around him.

For those who don’t know: Frank draws a six-figure congressional paycheck from the federal government’s coffers. His wife, Sarah Hospodor-Pallone, as a Deputy Associate Administrator for Congressional & Intergovernmental Relations for the Environmental Protection Agency (EPA). The American taxpayer can’t have nice things because sponges like the Pallones want nice things on everyone else’s dime, so they vote/regulate themselves into power.

To boot? He’s also one of the co-architects of the (Un)Affordable Care Act (a/k/a Obamacare), and he continuously (and shamelessly) makes stuff up to cast the famous failure’s failings in a less awful light; for example, very recently, he’s improperly assigned credit for dropping health insurance coverage rates to Obamacare plans when, in fact, the costly Medicaid expansion deserves full credit. We called him out on it. As you might’ve guessed we never got a response.

On press call w/ Dem leadership emphasized that Republicans are blind 2 the success of #ACA.Repealing isn't logical, it's simply ideological

Very mature. We all know that this petulant response is code for “I’m out of arguments and ideas,” so it’s all somehow the fault of the folks who rightly predicted the Obamacare meltdown from day #1.

Shut up, Frank. You’re an idiot.

Don’t lecture us on partisanship, either. Obamacare was the ultimate ideological experiment. I know I’m not the only one who remembers this revealing gem:

This program was rammed down the American people’s throats before anyone in Congress even bothered to read the damn thing. Why? Because Barack Obama wanted to get something ‘big done’ while he still had Democrat control in Congress and the far-left ideologues like yourself, Frank, knew it would fail.

You were counting on it.

Obamacare was designed to fail.

And when it did fail, crushed under its own weight as lopsided risk pools drove the collapse, you’d substitute the program’s decaying corpse with unvarnished socialism in the form of a single-payer system:

That was the plan. It might’ve happened as early as 2017.

But something happened on the way to that socialist utopia: Trump 2016.

Obamacare now faces possible repeal. I’d say “likely” but I’ve been disappointed far too many times to take anything for granted with these people. I’m sure you agree, folks.

What’s clear is that Frank Pallone and his ilk lost. They were either too stupid, or too evil, and the people threw up their hands and screamed “enough!” They couldn’t take another moment of old, ugly, pompous liberals masquerading as geniuses while their ideas set back American standards of living and equality by a generation (or more, if you’re stuck in one of the country’s long-languishing urban centers like Newark or Camden, a short drive from Frank’s district). 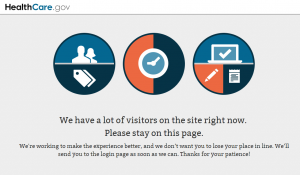 People make mistakes. The smart, noble ones learn lessons and offer apologies. Rather than take ownership of the Frankenstein they’ve created? Frank Pallone and the Democrat Party are going to keep blaming everyone else (You? Me? Rush Limbaugh? Russian hackers?) for failing to appreciate the so-called value of the monster.

What ‘value’ God only knows, and Democrats like Pallone enjoy playing god almost as much as they enjoy passing the buck when replicating the miracles of Genesis proves harder to act out than it reads.

Reprehensible as he might be, Frank Pallone is still free to say whatever he wants about the opposition over the next 2, 10 or 20 years. Free country….

And in this free country, not even a career power broker can indefinitely get away change the facts, alter reality or rewrite history. Hillary’s loss proved that. Frank Pallone and those like him ARE the problem, and his beloved creation is destined for the ash heap of history no matter how loudly or frequently he bitches and moans over its demise.