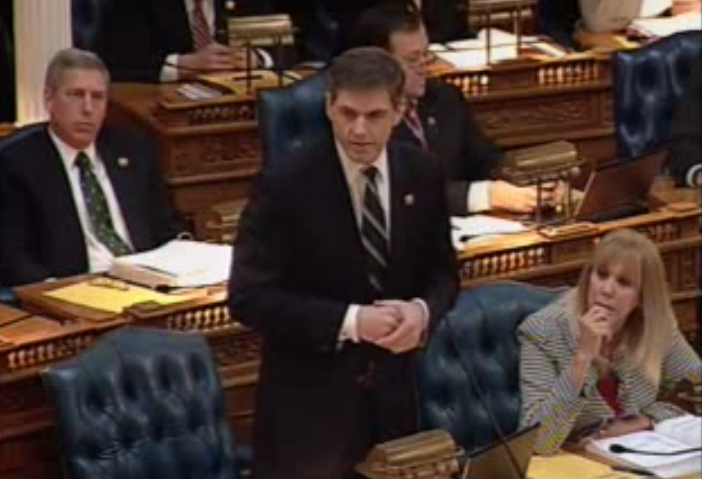 It’s a three-way fight for two Assembly slots in LD26 this June, Save Jerseyans, following Freeholder Hank Lyon‘s publicized decision early Thursday to direct a primary challenge at only one of the two incumbents: Assemblywoman Betty Lou DeCroce.

The third figure in this newly-unfolding drama – Assemblyman Jay Webber – split with his two-time running mate and strongly opposed the gas tax hike.

Today, Webber struck a positive and gracious (albeit neutral) tone in the immediate wake of Lyon’s announcement.

“I welcome Freeholder Lyon into the race — campaigns and elections are unique chances to connect with voters, hear what’s on their minds, and talk with them about our shared conservative values. I welcome the opportunity to do that again, and I appreciate Freeholder Lyon’s recognition of my service to our citizens,” Webber opined via his Facebook page. “My priority will remain unchanged throughout the campaign: to be a strong and principled voice for hard-working taxpayers and everyone who wants a brighter future for New Jersey. I look forward to having that approach validated on Election Day.”

The District’s senior Assemblyman, Webber is consistently a voice of dissent from Trenton’s status quo spending and overreaches, most recently as the only legislative vote (of either party) cast against the new, costly, Obamacare-esque opioid health care mandate. He’s also host of the annual New Jersey Reagan Day celebration.

Lyon’s fate this spring may now be decided, in part, by whether Webber separates from DeCroce and runs solo or doubles-down behind her.