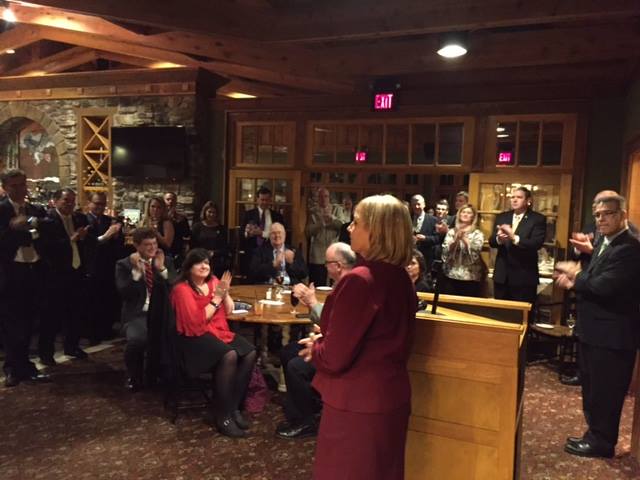 It’s a long march to June, Save Jerseyans, but in the race for county “lines,” Lt. Governor Kim Guadagno now has two in her column. She’s opening it makes her march a little shorter.

On Tuesday, the Republican front runner announced the support of the Warren County Republican Executive Committee.

“Warren County is Kim Country,” said Doug Steinhardt, chairman of the Warren County Republican Committee. “Our voters want a candidate who will lower property taxes, protect the second amendment, reduce the regulatory burdens on our businesses and grow jobs in Northwest New Jersey. Kim’s stellar record in law enforcement as a prosecutor and sheriff, as well as her experience cutting government red tape as Lieutenant Governor make her the right choice in this election. Over the past 7 years, she has worked hard for Warren County and we know Kim will continue to fight for Warren County as Governor.”

The LG’s support among the Warren Republican establishment has been evident since the first days of her campaign.