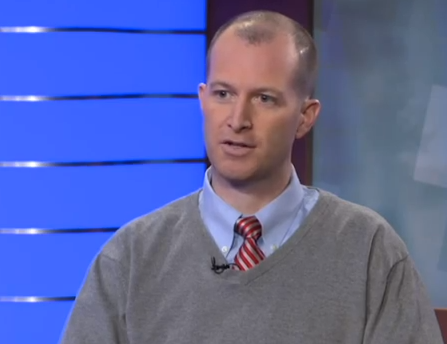 Convention season is over, Save Jerseyans, so we’ve got two (and change) months of direct appeals to New Jersey Republican primary voters in front of us.

Who’s ahead? I gave you my take over here. The campaign of Asm. Jack Ciattarelli, emerging from the process with 7 of the state’s 21 available GOP lines, claims to be uniquely well-positioned to capitalize on what it views as a uniquely ‘weak’ Republican frontrunner in Lt. Gov. Kim Guadagno.

Guadagno, in their view, simply can’t win in November.

“While the Guadagno campaign touts their early lead in publicly-released GOP primary polls, a closer examination of the data reveals that Lt. Governor Guadagno is an extraordinarily weak frontrunner. According to the most recent Quinnipiac Poll, the Lt. Governor earns just 28% of the vote on the Republican Primary ballot,” the memo explains. “This means a full 72% of voters would prefer someone else or are undecided. Even worse, the more recent Fairleigh Dickinson University poll shows the Lt. Governor leading the field with just 24% of the vote, meaning a staggering 76% of Republicans are open to someone else. The Lt. Governor’s lead in both polls can be chalked up entirely to her superior name ID after 7+ years as a statewide elected official. That will change when Assemblyman Ciattarelli begins to spend money on voter contact.”

The trio insists Guadagno’s nomination in June would lead to a Democrat ‘landslide’ in November.

“Worse than being a weak frontrunner in the primary, Lt. Governor Guadagno is a near certain loser in a general election matchup against Phil Murphy – and likely by a landslide margin. The same Quinnipiac University poll cited above shows Lt. Governor Guadagno trailing Democrat Phil Murphy by a substantial 22% margin (47-25%), even though she has higher name identification than the Democrat (Murphy: 30% and Guadagno: 37%),” the memo continued.

You can read the full memorandum — including Team Ciattarelli’s alleged path to victory in June — by clicking right here.