This post’s title is self-explanatory so let’s dive right in, Save Jerseyans…. 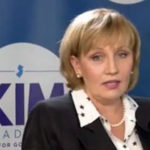 Lt. Governor Kim Guadagno is the undeniable favorite in a race featuring four (4) other challengers to date: Asm. Jack Ciattarelli, Nutley Commissioner Steven Rogers, social media activist Joe Rullo and Atlantic City’s Hirsh Singh. She’s got the cash, already has several county lines in her back pocket — Ciattatelli is the only other one on the map, with one (Somerset) — and the institutional support of most party leaders including Ocean County’s George Gilmore.

The challenge? As illustrated by her 1-vote win at this past weekend’s Salem County convention, Guadagno’s widespread personal popularity and years of tireless bridge-building at the county committee level hasn’t fully allayed fears, however unfounded in her supporters’ minds, that Chris Christie‘s long-mistreated second-in-command isn’t the best positioned to take down gazillionaire presumptive Democrat nominee Phil Murphy.

Possible stumbling blocks? An upset by Ciattarelli and his crack campaign team in Middlesex or Bergen counties this month OR an attack on her populist right (Trumpian) flank from Rogers or… Joe Piscopo?

Former Morris County freeholder David Scapicchio‘s decision to seek a freeholder seat instead of running alongside Gail Phoebus leaves the Assemblywoman, who is mounting a difficult run against her former ally, State Senator Steven Oroho, in an electorally precarious situation. There is a LOT of drama/backstory and surrogates are already playing nasty. Ultimately? Senator Oroho remains popular among local Republican officials and foot soldiers notwithstanding his decision to spearhead last October’s massive gas tax increase. Anything is possible in the current environment, but this is undoubtedly Oroho and his well-heeled ticket‘s race to lose right now.

I can’t add anything to what I wrote last week, Save Jerseyans: incumbent Assemblywoman Betty Lou DeCroce is this more than likely this primary cycle’s most vulnerable GOP legislator seeking renomination. Assemblyman Jay Webber, on the other hand, seems very well-positioned for the #1 spot heading into his annually well-attended state-wide Reagan Day event this week. He’ll need to focus his energies on avoiding getting caught in the political crossfire. The LD26 race as we see it today: Betty Lou fighting hard to hold off aggressive challenges from Morris Freeholders Hank Lyon and John Cesaro who smell blood in the water. There can only be one!

Fresh off a surprise win in Passaic, John McCann‘s decisive loss at Saturday’s Bergen County LD39 convention in Hackensack solidified incumbent State Senator Gerry Cardinale‘s hold on a district which he’s represented for longer than yours truly has been alive, folks! We’re told McCann, a former councilman and experienced politico, intends to forge ahead with his challenge; it’s going to be a tough (albeit not impossible) road ahead for him. Something to watch: whether BCRO Chairman Paul DiGaetano and Cardinale, who haven’t been on the same page much lately, forge an alliance to end the seemingly endless Bergen County GOP infighting at McCann’s expense.

This might be the hardest one to handicap. It’s a three-way contest for State Senate rounded out by law enforcement veteran Edward Buttimore. Passaic County Clerk Kristin Corrado carried Passaic County’s line; BCRO Chairman Paul DiGaetano, on the other hand, needs to be considered the favorite heading into an LD40 Bergen convention which will permit committee votes from the entire county, not just the 40th district towns. The district is something like 50% Passaic, 40% Bergen and 10% Essex, and Essex Chairman Al Barlas is no DiGaetano fan, so Corrado might have the edge on paper (taken together with her history of winning off-the-line). DiGaetano is still a strong fundraiser and experienced fighter with reportedly deep support in Wayne, a Passaic GOP stronghold. Incumbent Assemblyman Kevin Rooney‘s pin gives him an edge in the four-way Assembly battle; every other aspect of this thing is a crap shoot.