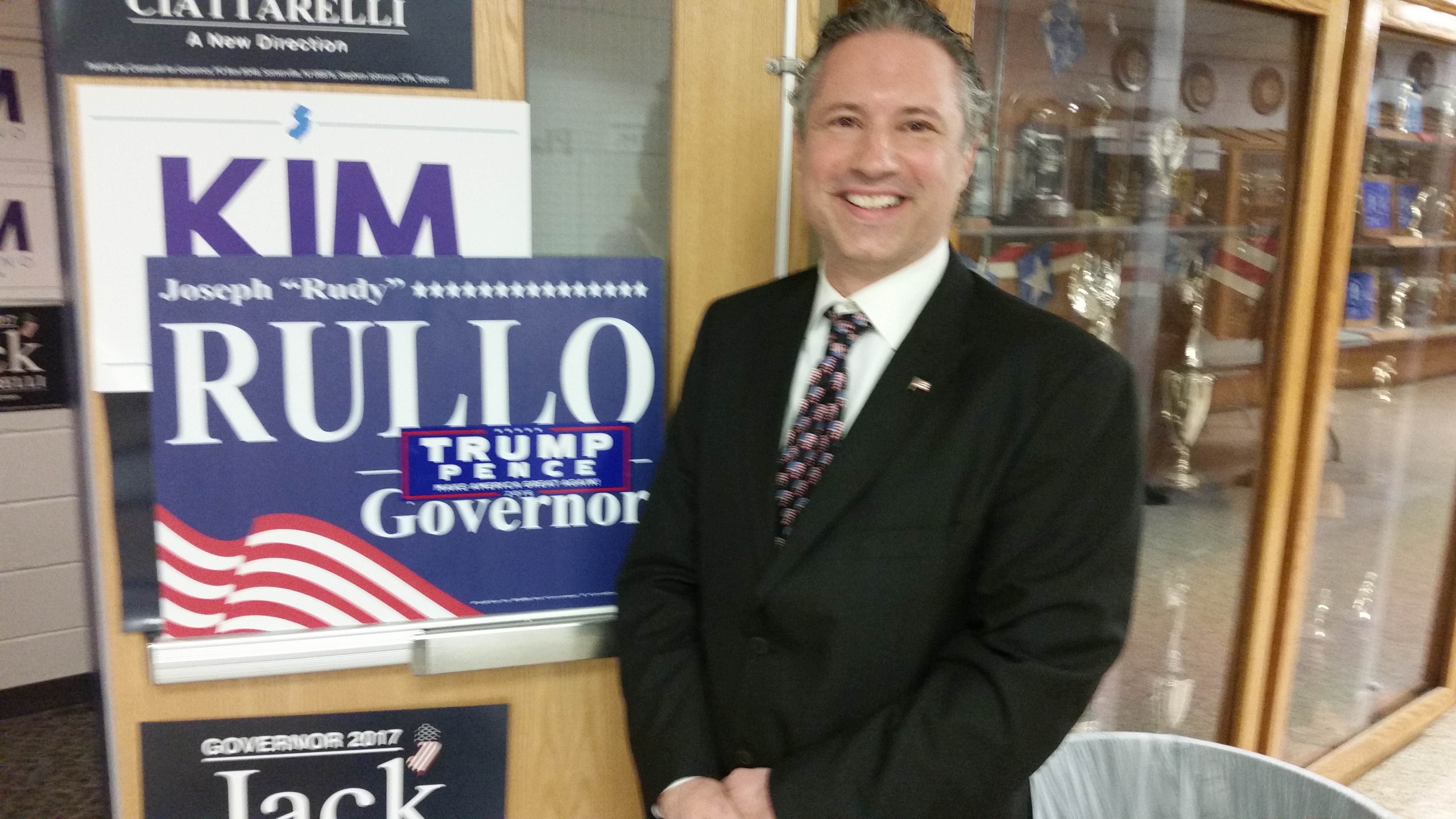 Joe Rullo is a long-shot today, Save Jerseyans, but he got a majority of the crowd engaged during his 5-minute gubernatorial candidate time slot when he accused county Republican leaders of ‘rigging’ the convention.

“We all know this is rigged,” Rullo thundered, after GOP Chairwoman Lucille Panos bid the candidate to return to the stage rather than deliver his remarks from the floor.

The basis for the accusation?

Rullo told me after this speech (in the hallway, as LG Guadagno delivered her remarks) that many of his supporters had allegedly shown up at Edison, the wrong site, earlier in the day; Republicans had switched the convention location to an Edison catering venue and then back to Old Bridge High School following an argument between the Chairwoman and Old Bridge Republicans supporting insurgent LD12 state senate candidate Art Haney.

The party website does reflect the accurate current location but Rullo says the switcheroo created confusion designed to thwart him and other candidates not supported by the county leadership.