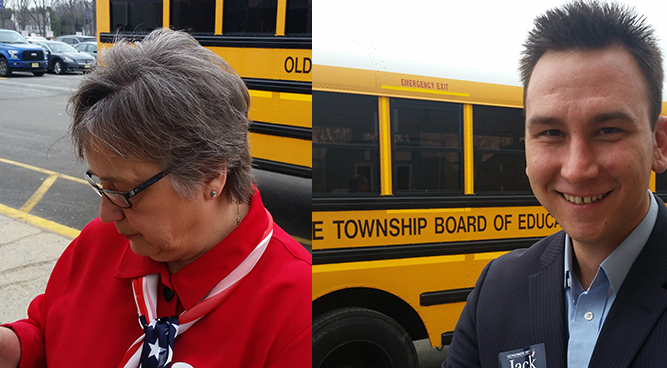 Voting in the contentious LD12 Senate and gubernatorial primaries just wrapped up here at Old Bridge High School, Save Jerseyans, and if I’m being candid (which I always endeavor to be with you), this is one of the tensest conventions I’ve ever visited…

That’s to be expected where participants pay to vote ($10 per head), creating an exciting but frantic atmosphere at the Middlesex GOP convention.

I caught up with Ciattarelli Campaign Manager Rick Rosenberg and Middlesex GOP Chairman Lucille Panos outside the voting area, two of the primary combatants in this year’s intra-party contest which has split the local GPP right down the middle.

Rosenberg was optimistic for his candidate.

“They’re disrespecting the process,” she told me with characteristic candor, referring to supporters of Art Haney who is challenging her candidate, incumbent State Senator Sam Thompson. Most Haney supporters appear to be supporting Ciattarelli; Thompson backers (including Panos) are sticking with LG Kim Guadagno.