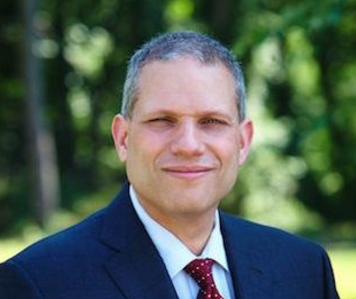 Fair criticism? Or much ado about nothing?

It’s awfully hard to disagree with the veracity of Lt. Governor Kim Guadagno‘s declaration that Republicans won’t recapture the state legislature this fall, Save Jerseyans, but whether a potential standard bearer is supposed to concede defeat over six months from election day is arguably a different question and, either way, the comment made earlier this week to a banking conference is providing her gubernatorial primary adversaries with some much-desired attack fodder as the race enters its debate phase.

Among them is Riverside Township Committeeman and the presumptive Republican State Senate nominee in the 7th Legislative District, Rob Prisco.

“Lt. Governor Guadagno’s comments were insulting to me and a real cheap shot from someone who, frankly, has presided over a state party that has hemorrhaged legislative and county seats on her watch,” said Prisco, a former 2015 Assembly candidate, in a statement released Friday by the Burlington County GOP. “I knocked on 6,500 doors in 2015 and basically put my life and law practice on hold for months to do it. In 2017, I plan to work even harder. If the Lt. Governor considers that laying down, then shame on her.”

“Of the 6,500 doors I knocked in 2015, she joined me for exactly zero of them,” added Prisco. “Frankly, I am glad she didn’t. I can’t tell you how many doors knocked on where voters were willing to listen, but said they just couldn’t support a Republican Assembly candidate after what has gone on the last seven and a half years in Trenton.”

Prisco is running to succeed retiring Republican State Senator Diane Allen in a district where Republicans are expected to lose ground this fall given its decidedly blue tint. The force of Allen’s personality (she was a former television anchor in Philadelphia) helped keep the Senate Senate in GOP hands for years.

Prisco insists, however, that Guadagno’s nomination would have consequences beyond his own district.

“As someone who is going to be on the ballot and fighting my butt off to win, I can tell you that I am hoping the Lt. Governor is not the nominee for our party. If we nominate her in June, there is going to be a tidal wave sweeping Republicans out of office everywhere. I hope people recognize it in time.”

The first N.J. GOP debate is scheduled for May 9th at Stockton University.