Steinhardt Subbed Out for Lavery at NJGOP in Surprise Move 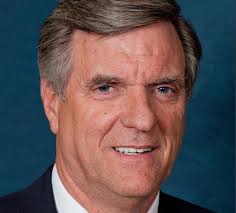 It’s a fair question, Save Jerseyans.

Doug Steinhardt, chairman of the Warren Republicans, had been endorsed by Guadagno just last Friday and was expected to skate tonight. But it didn’t happen…

Detractors insist Gilmore’s support and patronage of Guadagno permitted him to veto Steinhardt, a consensus candidate, at the very last minute in a move that undeniably signals the embattled (and FBI scrutinized) New Jersey power broker’s persistent and dominant influence as the Christie era comes to a close.

Lavery, for his part, is the former mayor of Hackettstown, New Jersey.

Another twist? Steinhardt and Lavery are reportedly close (being Warren  GOP lawyers). Two sources in-the-know insisted that Lavery was in line to be counsel to Steinhardt’s NJGOP.

ICYMI: Matt Rooney says the Republican primary is really about control of the NJGOP, not November