Only NJ Transit would let workers no-show when they don’t like their schedule! 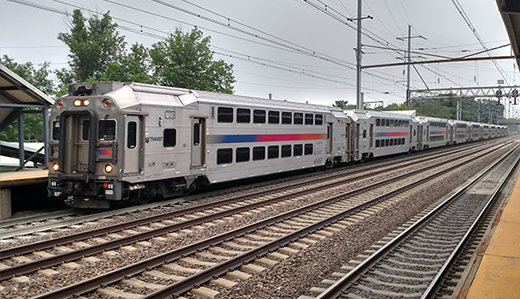 This week’s latest NJ Transit lunacy is everything wrong with big labor, Save Jerseyans.

In the real economy?

You and I can’t stay in bed if we don’t like our work schedule! God knows my boss doesn’t care. Neither does yours. Our options are to (1) suck it up or (2) quit.

NJ.com made some calls, and

….an NJ Transit official who is not authorized to talk to the media about the subject said the crew issue was due to locomotive engineers who are slow to pick-up their assignments under a new summer schedule change that took effect on July 10. Engineers have 48 hours to accept an assignment, if they fail to respond, it goes to another employee. Under a new schedule, engineers bid to work certain trains and are selected on the basis of seniority, the official said.”

Sources at NJ Transit, who requested anonymity because they are not authorized to speak on the matter, told New Jersey 101.5 the shortages are the result of members of NJ Transit’s unions exercising their rights to bump junior employees from work assignments.”

The rail union contract apparently permits engineers to stay home, in bed or on the couch, when they disagree with crew or scheduling changes.

You can’t make this stuff up. Couldn’t if you tried.

With all of the focus on non-personnel challenges at NJ Transit these days, will anyone in power have the courage to encourage a serious look inward? To evaluate the union cultural problem complicating an already bad situation? And the entire state public/quasi-public sector for that matter?

1 thought on “Only NJ Transit would let workers no-show when they don’t like their schedule!”