Why Does It Take a 6-Year Old Being Shot to Get Real About Newark Violence? 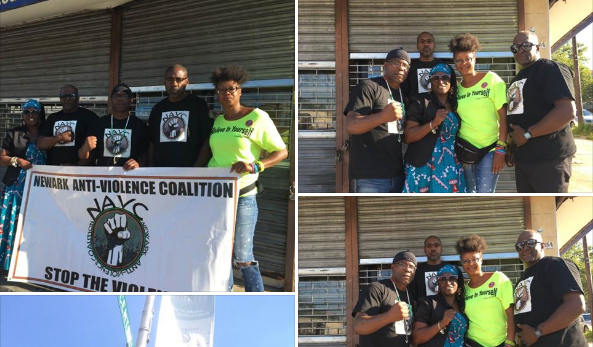 Over the weekend, Save Jerseyans, no less than three separate shootings took place in Newark that cumulatively landed eight victims in the hospital. One of the victims is an innocent 6 year old boy who was shot on Saturday at the intersection of Central Avenue and 3rd Street.

When national media gets wind of tragic events like this involving children and guns, the story typically evolves into an anti-gun, anti-Second Amendment issue.

However, according to NJ.com, demonstrators in the streets blamed Newark’s violence problem on more specific problems, such as poverty, unemployment and lack of personal responsibility. Even the signs that were present displayed messages such as “Stop the violence,” “Unity in the community,” and “Peace in the streets.”

It seems that community members, or at least some of them, have come to realize that the issue of violence in their city is not a matter of vilifying a weapon or our laws, but a matter of circumstance and choice.

Lawrence Hall, chairman of the People’s Organization for Progress said, “Until we solve the poverty problem and unemployment problem, we’re gonna have crime. There is a connection of this violence that involves individual responsibility.”

We’ve seen countless demonstrations, protests, gatherings, whatever you want to call them, in cities like Newark. While they are unquestionably well meaning and draw attention to the problem, they’ve shown themselves to be ineffective in actually ending violence. Realizing the problem is the first step.

The second step is where things get challenging because it means taking tangible, actionable steps that aren’t going to be easy.

Things are not going to change until individual people do some things differently.

My suggestion? It’s past time that the residents of Newark shake things up from the Mayor’s office, all the way down. Focus on electing people to represent your city who understand the cycle of poverty, what fuels it and what it takes to create a space for maximum economic opportunity.

Then there is the more sensitive subject; the elephant in the room that needs to be addressed head on. No one likes to be told they aren’t living right. But guess what? Too many people in cities like Newark are not living right. Violence manifests itself in many ways and a big contributor to it is the lack of intact two-parent households.

I know, cue the eye rolls and the “you don’t know my situation” responses.

As the wonderful Ben Shapiro often says: “Facts don’t care about your feelings.” The fact is, benefits to families that stay together cannot be over stated, and study after study affirms as much.

According to a 2009 study published by Cornell University, despite nearly half of all families that are led by single mothers live in poverty, the same level of economic distress only affects 1 in 10 married families with children. In other words, it literally pays for families to stay together.

Those benefits extend to children, living with married, biological parents by lowering their levels of risk-taking behaviors (such as doing drugs, smoking, being sexually active, joining a gang, getting into physical fights, etc.) compared to single-parent homes.

Even if applied immediately in every home, these suggestions are not going to manifest results overnight. My suggestions are by no means the end all be all solution, but they are without question actionable items that would dramatically change the trajectory of violence in Newark.

Back to the story – as of this writing, Newark Police have not identified a suspect or a motive for the shooting. They are offering a $10,000 reward for information leading to an arrest.

Looking for a silver lining here, Save Jerseyans? None of the victims were fatally shot, thank God. The 6 year old is reportedly in stable condition at University Hospital. Save Jersey sends our prayers to all of the victims and their families.