SEE, I TOLD YOU SO: Stockton declares war on its namesake, a signer of the Declaration of Independence 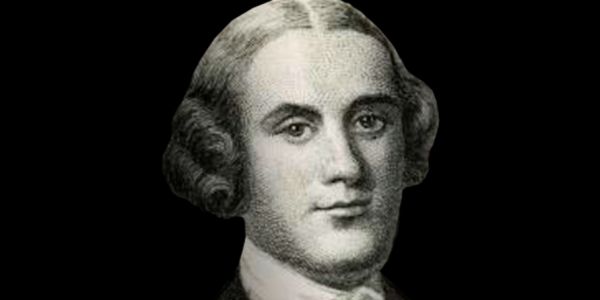 When they came of the Confederate monuments after Charleston, Save Jerseyans, history nerds like yours truly protested the inevitable slippery slope.

If Robert E. Lee needs to go over slavery… what about George Washington? Or Jefferson?

Could the calls for Mount Vernon and Monticello to be shuttered be far behind?

Where do we draw the line since, without fail, 99.99% of historical figures have skeletons in their closets.

Well, sure enough, the Left has finally told us what they really think about America. 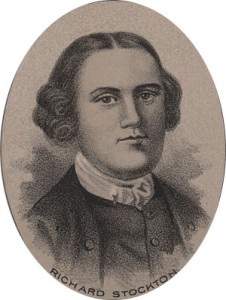 Then, this Thursday, the Atlantic County, New Jersey-based Stockton University decided to remove a bust of its namesake, Richard Stockton (who also has a Turnpike rest stop, by the way), in order to evaluate some sort of new arrangement to appease the Orwellian movement dedicated to scrubbing our history clean of perceived impurities. Stockton once owned slaves. His subsequent accomplishments — including signing the Declaration of Independence and suffering as a Revolutionary War POW — are now moot at the university that bears his name.

Let’s stop pretending this movement is motivated by a genuine interest in providing “context” for history, or sparing snowflakes the negative consequences of being “triggered” by the historical record.

The anti-monument, post-Charlottesville movement is an Anti-American movement.

Hipsters, older hippies and Antifa-affiliated communist terrorists, alike, are united in their disdain for a country that Barack Obama repeatedly told foreign audiences is flawed. Remember what Michelle Obama said back in May 2008?

You and I know that, like any country, America is a country of saints and sinners. What sets us apart? Our revolutionary constitutional framework and devotion to “a more perfect union.” In other words, the country men including Richard Stockton helped found and frame was DESIGNED to improve.

Leftists? The only way to improve America is to radically transform America. Rip it up, root-and-stem, and construct something altogether new; memories of men like Washington, Jefferson and Stockton complicate that project.

You can’t sit this fight out, folks. In 2017, 2018 or 2020. If you do? These monsters will win, and your children’s future will resemble something recognizable only in the pages of Orwell’s nightmarish worlds of Animal Farm and 1984. The Left is well aware that, as Orwell wrote in the latter classic dystopian novel, he “[w]ho controls the past controls the future. Who controls the present controls the past.”

The best way to secure a better future and combat these fascist tactics is to LEARN from the past. Institutions of “higher” learning like Stockton got out of the education business long ago. It’s up to you and me and those of us who believe in the American Experiment to carry the torch.