Thomson sworn into the Assembly 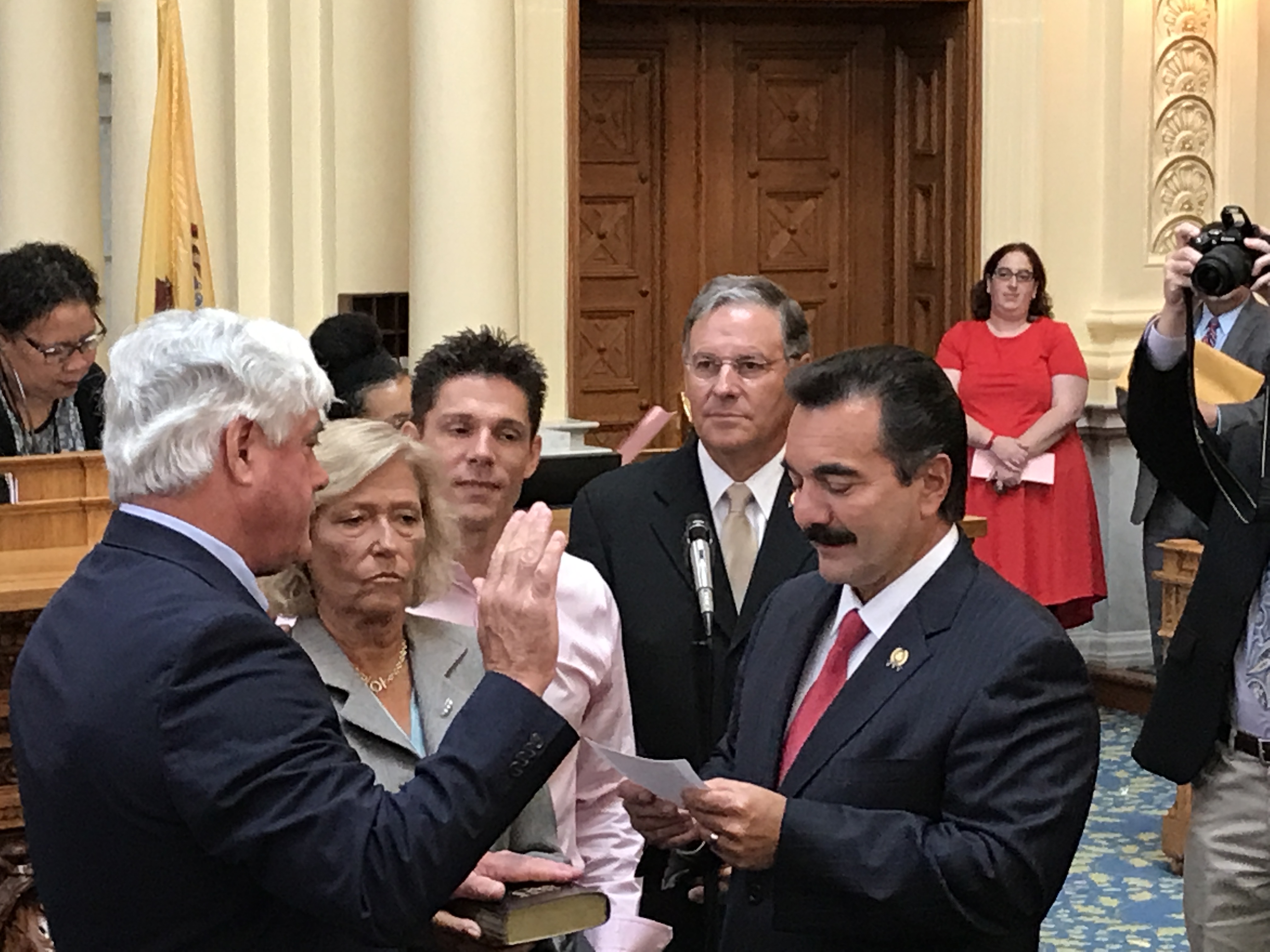 “I have served the residents of Wall Township and Monmouth County for over two decades. Being able to represent my community at the state level is a great honor,” said Thomson. “The interest of every resident in the thirtieth legislative district will be my conscience, and I will do my best to be successful representing them.”

He won the right to succeed Rible at a special internal party election held earlier this month.

An enrolled actuary by trade and whose firm is responsible for over 500 pensions, Thomson pledged to make tackling New Jersey’s fiscal crisis his top priority.

“The state is in a fiscal mess. Our pension and health benefit debt is out of hand and an omen of a coming crisis.  The last thing the state needs is for our number one problem, property taxes, to skyrocket because of reckless mismanagement of our state finances.  Property taxes must be lowered to make the state more affordable,” said Thomson.

“Ned is a great public servant and a person of tremendous integrity,” said Jon Bramnick (R-Union), the GOP Assembly leader. “He will be a great asset to our caucus.”