This Week’s #DACA Reaction? A New Record for Fabricated Outrage. 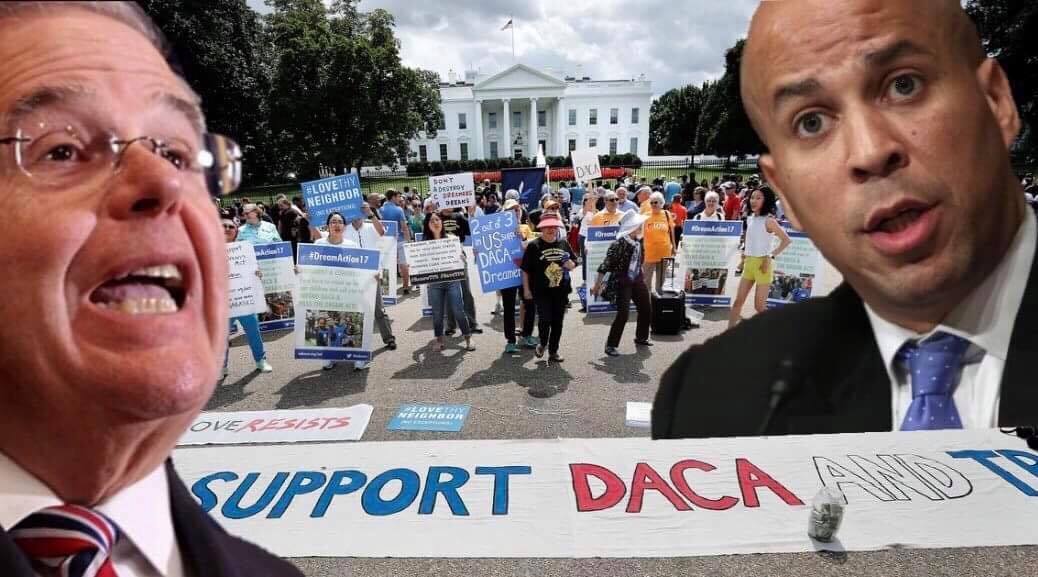 #DACA has been a hot topic the last few days, Save Jerseyans, with many Democrats making over the top statements in expressing their outrage with President Trump’s decision to roll back then-President Obama’s unconstitutional executive order.

I’m not sure whether to laugh at their dishonest theatrics or cry because so many voters eat it up.

Exhibit A: Senator Cory Booker (D-Twitter) took to his favorite social media platform in an attempt to rile up his constituents with a wholly dishonest scenario:

Removing 800,000 #DREAMers from the workforce will reduce the US GDP by $460.3 billion over 10 years. pic.twitter.com/xAuo6jaThO

Just yesterday, the President tweeted out that he wants to see DACA become law:

Congress now has 6 months to legalize DACA (something the Obama Administration was unable to do). If they can't, I will revisit this issue!

Even as he faces a corruption trail, Senator Bob Menendez couldn’t help but weighed in with his own flurry of hyperbolic responses:

Mr. President,
You went after children. You better brace yourself for the civil rights fight of our generation. #DefendDACA

Don’t be fooled, Save Jerseyans.

These Democrat Senators and their frenzied colleagues know full well that DACA was never a permanent solution. President Obama’s unconstitutional executive order was always meant to be a band aid on a problem that truly deserved the attention of Congress.

His own words on #DACA make it crystal clear that this arrangement was temporary:

The left will ultimately get exactly what they want. Republican leadership in the House will work to pass some version of DACA, giving legal status to “Dreamers.”

All the hand ringing around this is completely unnecessary, fabricated outrage.