If Phil Murphy ends up winning a double-digit victory? Certain Democrat forces — aligned with embattled Hudson County Speaker Vince Prieto — are hoping for an upset, or at least a pick up of one of the Assembly seats.

Enter Democrats Christine Ordway and Paul Vagianos who are campaigning to “flip the 40th.”

Vagianos is even up with a web ad celebrating his father, a Greek immigrant, who Vagianos declares “was illegal, illiterate, didn’t speak a word of English, and didn’t have a dollar in his pocket,” echoing the sentiments of Democrat gubernatorial nominee Phil Murphy who recently admitted to his “bias” in favor of illegal immigrants over victims of violence.

Alarming, yes, but that’s predictable nonsense from a liberal candidate. The Democrat Assembly candidate’s statement accompanying the video’s launch is even more of a head-scratcher. 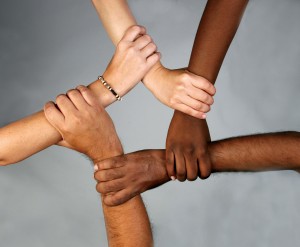 “I’m running for State Assembly to ensure Trenton continues embracing our differences. We are a strong state with top-ranked education and health care systems because of our diversity,” said Vagianos.

Now, if it’s PLURALISM we’re talking about, defined by the dictionary as “a condition or system in which two or more states, groups, principles, sources of authority, etc., coexist,” then I’d be inclined to agree… at least in part. The American experiment’s magic lies, in part, in its ability to rally diverse peoples around a set of principles under-girded by a commitment to individual liberty.

But Ms. Vagianos doesn’t seem like a dope. He presumably knows “diversity” and pluralism aren’t the synonyms.

Nope. He’s race-baiting, pandering not unlike what we’ve heard from the Black Lives Matter movement, suggesting that the color of one’s skin or his/her ethnic background has something to do with whether our schools and hospitals function effectively. Teachers are better or worse, or doctors treat more or less effectively, because of… race? Creed?

Nonsense. All of it. Real leaders encourage Americans to view themselves primarily as Americans.

Human beings united by those aforementioned constitutional principles; THAT is what primarily makes us great, not the fact that we hail from a lot of disparate places or look a little different in the mirror. We’re supposed to treat superficialities like heritage, skin color, etc., as exactly what they are: important on a personal level but thoroughly unimportant in the context of someone’s individual merit and entitlement to equal protection.

It reads WE THE PEOPLE, not “we, the collective census data blocs.”

Paul Vagianos’s worldview is thoroughly un-American and, I would submit without hesitation, representative of an attitude of division that is exactly what this country, and this state, do NOT need right now.

I don’t expect this guy to win on November 7th (thank God). He’s trying to flip the 40th, but voters in his district would need to flip out of their gourds to vote for him. He’ll have to settle for this week’s SaveJersey.com “most ignorant quote” award.