Planned Parenthood’s N.J. attack machine blocked me on Twitter. Here’s why I’m wearing it as a badge of honor. 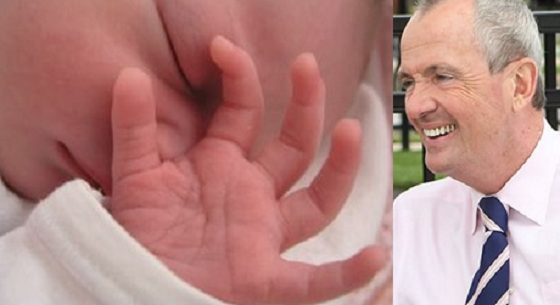 Was I tweeting incessantly at them, using foul language, making threats or arguing with their followers? No.

I was blocked because I replied to one of their ridiculous tweets with a simple statement: abortion is not healthcare.

The tweet I replied to was one of many sponsored tweets designed by PPANJ to attack GOP gubernatorial nominee Kim Guadagno.

Interestingly? Guadagno, a woman, is admittedly pro-choice. So why would PPANJ attack her and support her old, white, straight, male (some of the worst things a person can be, according to the Left) Democrat opponent, Phil Murphy?

Think about this: the abortion zealots at Planned Parenthood are so extreme, and so laser-focused on digging into taxpayer’s pocketbooks, that openly pro-choice women are not safe from their criticism.

It’s not enough for a woman like Kim to say she’s pro-choice. In order to be in the good graces of PP, they demand financial support.

They feed women doubts and play on their fears. They tell women lies, like if they terminate their unplanned pregnancies that their lives will be better. They even go out of their way to discredit and harm those who actually provide life-affirming resources to women. Not only do they not care about all women, they are hostile to women who disagree with them.

There was a time not too long ago that I would’ve been the exact type of woman that Planned Parenthood claims to want to help. Thank God I never bought into the lies Planned Parenthood sells. If I had, my life would look measurably different, void of the biggest blessings I could have never “planned” for.

Today? I am a working mother with two children: one little boy and soon one little girl who’s scheduled to make her debut in this world in November.

I could care less whether an organization like Planned Parenthood wants to block me on Twitter or slander an accomplished Republican woman candidate for high office. In fact, Kim and I should wear it as a badge of honor.