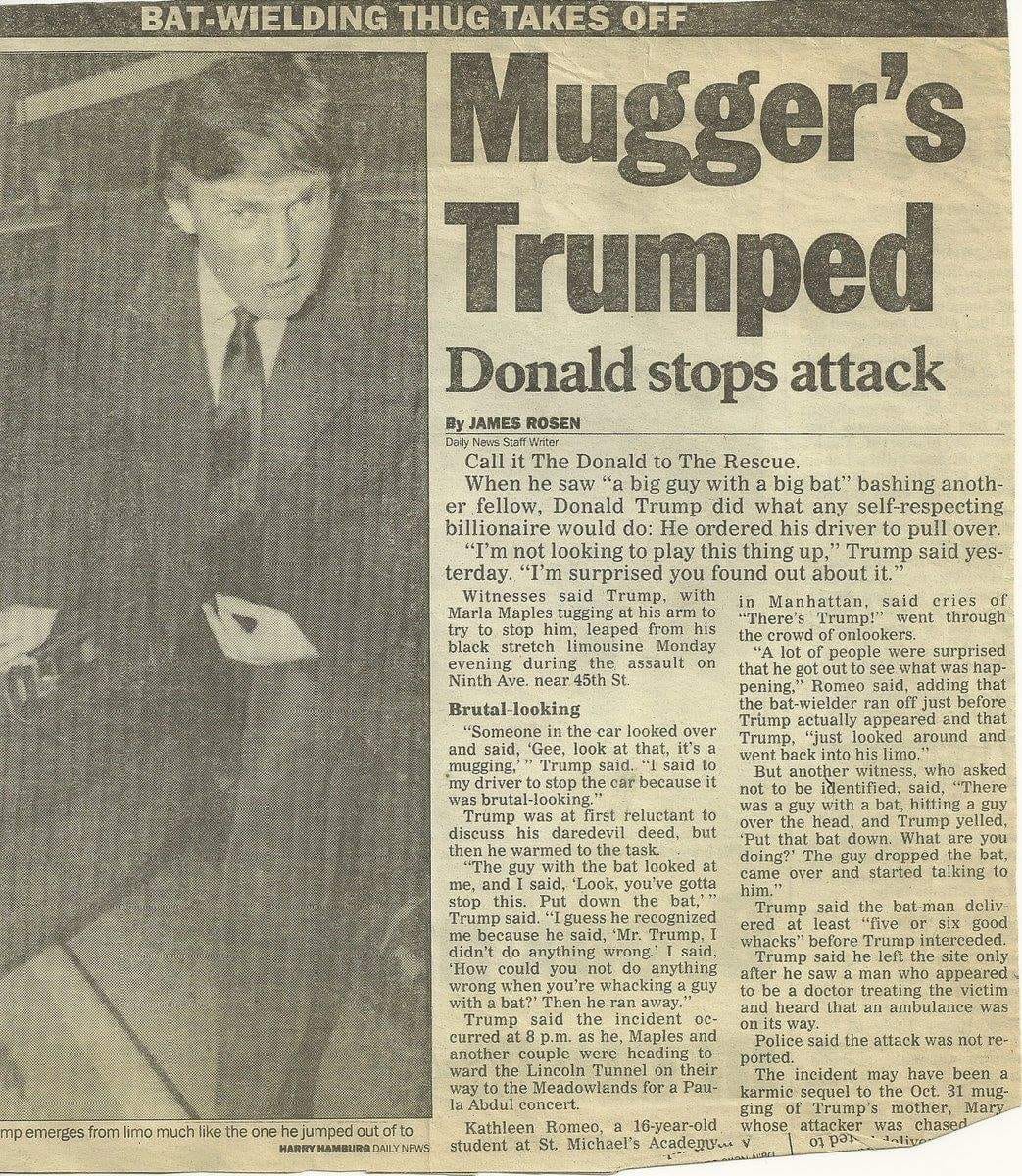 President Trump never said he would run into the high school where the mass shooter was firing away even if he (Trump) didn’t have a gun.

He said he BELIEVED he would do that.

To be sure, none of us know exactly how we would react under such circumstances.

However, it’s important to remember that President Trump is considered by many to be fearless and he’s been known to act quickly and on instinct when confronted with perilous circumstances.

For example, in 1991 Donald Trump saved a man from a mugging. Trump told his car driver to pull over and he confronted the mugger with a baseball bat. The mugger recognized Trump and then ran away. DO NOT EVER underestimate our President. Ever!