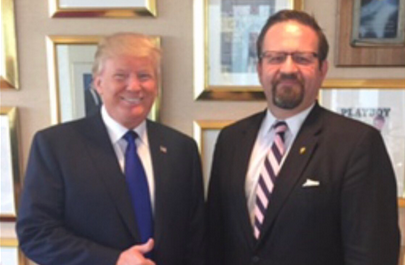 The meet-and-greet event is scheduled for March 28th at Seasons Catering in Washington Township from 6:00 p.m. to 9:00 p.m.

Gorka is considered one of his former boss’s most outspoken and at time pot-stirring supporters on cable news.

McCann is facing off this June with conservative activist Steve Lonegan, Save Jerseyans, with the former working to frame the contest as one between a devoted Trump supporter (McCann) and a so-called “never Trumper” (Lonegan). Lonegan vociferously opposed Trump during the primary phase of Election 2016, even attempting to organize a last minute convention uprising, but has since been largely supportive of the President’s agenda.