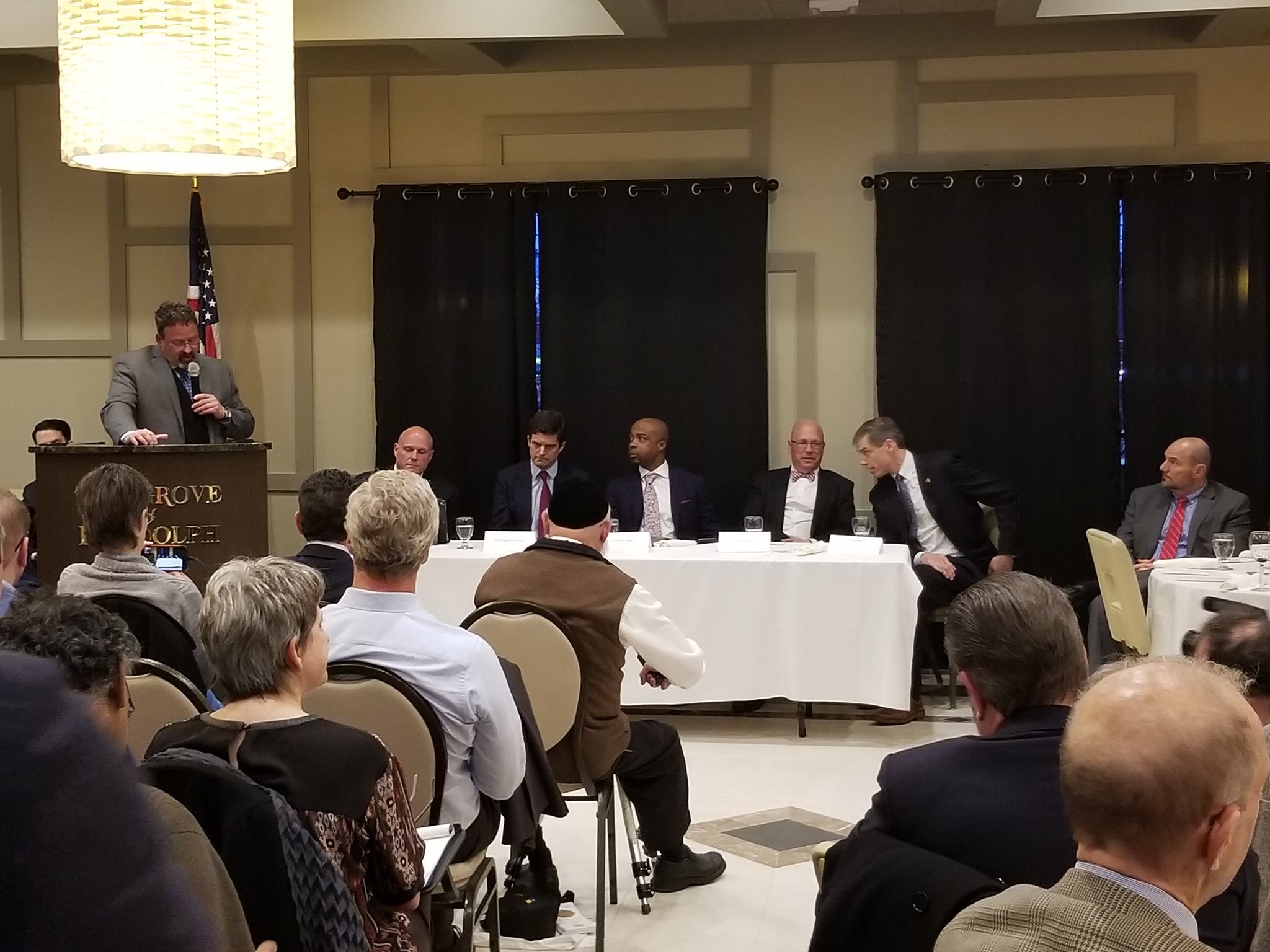 RANDOLPH, N.J. — The 11th District GOP House candidates met for the first time on Thursday evening at the Randolph Diner for a debate moderated by Mount Olive Mayor Rob Greenbaum.

It’s been a somewhat tame affair notwithstanding the stakes ahead of the fast-approaching June primary election, though the gun control question did produce some friction.

Assemblyman Jay Webber (R-26), the race’s fundraising leader, declared himself the only candidate willing to stand up to the Democrats on gun control.

Antony Ghee — endorsed by the Passaic and Essex counties’ respective lines — shot back that he’s the only one at a microphone who’s seen violence.

The candidates are weighing in on a myriad of other issues, too. On the question of Planned Parenthood funding, a hot topic in NJ-11 in light of this year’s large women’s march in Morristown, Ghee announced that he supports funding for Planned Parenthood, just not for abortion. Webber was previously endorsed by New Jersey Right to Life.