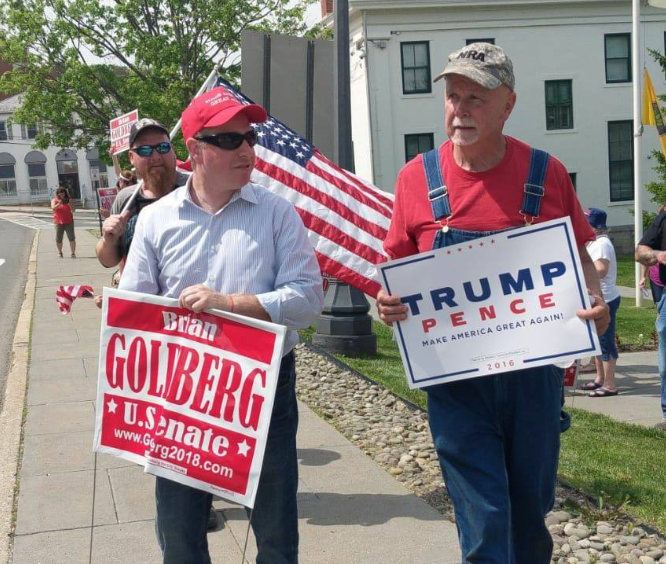 Running “off the line” for the N.J. GOP U.S. Senate nomination on June 5th, Essex County concrete businessman Brian Goldberg is doubling-down on his messy divorce from the state’s Republican establishment down this year’s primary homestretch by expanding his criticism beyond Hugin to his running mates.

“Are you in one of the NJ Congressional districts with an unopposed GOP primary candidate? If so, don’t waste your vote and waste an opportunity,” Goldberg told fans of his Senate campaign Facebook page on Tuesday. “Instead, write-in “CHARLTON HESTON”!”

Goldberg (who linked to a Heston-themed Facebook page with 23 followers) wants Republican primary voters to write in the name of the deceased legendary actor and former NRA president in districts 1, 3, 4, 6, 8, 9, 10, 12.

Republican incumbents Tom MacArthur (R-3), Chris Smith (R-4), and Leonard Lance (R-7) are seeking  reelection this year. While Lance and sometimes Smith, too, are known to buck the party line on issues ranging from environmental causes to overhauling the tax code, MacArthur is a close ally of President Trump who has actively fundraised for the South Jersey Congressman; MacArthur also served as a front line fighter for the President’s tax and health care reform efforts.

Hugin, a former Trump convention delegate and pharmaceutical CEO, is heavily favored in the primary; he’s already spent $4 million on the airwaves.

According to the FEC’s website, Goldberg had brought in $4,688.00 as of his most recent filing.