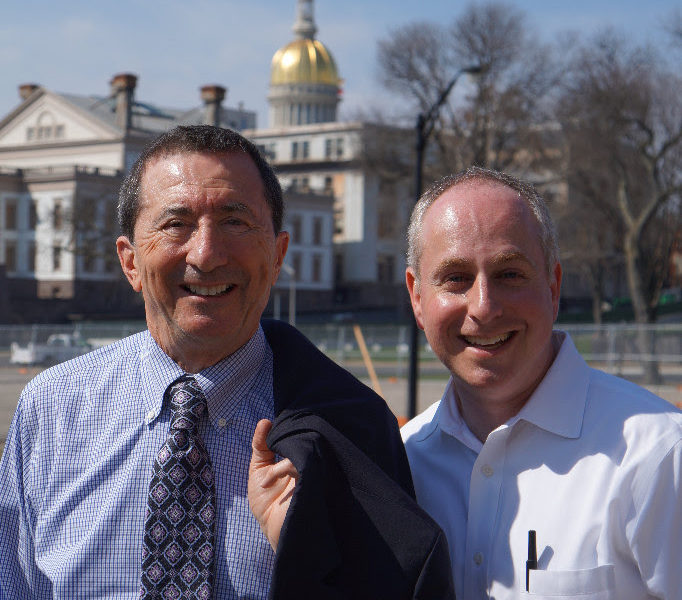 “On April 6, I and Brian Goldberg, one of two Republican candidates for U.S. Senate,  teamed up to get good ballot positions,” Grossman reported to supporters in a Tuesday e-mail blast, one month out from the primary contest. “We are both in Column #1 in Atlantic, Ocean, and Cape May counties. We are listed as ‘Atlantic County MAGA (Make America Great Again) Republicans’, ‘Cape May  County MAGA Republicans’, and ‘Ocean County MAGA Republicans’.  Our Ocean County ticket includes great candidates in Stafford Township. They are Greg Myhre for Mayor, and Council candidates Tom Steadman, Dr. Tony Guariglia, Mike Pfancook, George Williams, Bob Henken, and Paul Krier.”

Both Grossman and Goldberg are veteran campaigners. Grossman is a former Atlantic County freeholder and visible conservative activist in the Southern Jersey Shore region. Goldberg previously ran for U.S. Senate, losing to the late Jeff Bell in the 2014 primary.

Neither has raised much money, and both face well-heeled primary front runners.

Union County’s Bob Hugin is the favorite for U.S. Senate; he’s a former pharmaceutical company CEO who is partially self-funding his campaign.

Hirsh Singh, an Indian American businessman with the support of Ocean, Burlington, Camden and Atlantic counties’ respective Republican organizations, has brought in over $100,000 through a combination of family loans and independent fundraising.