Will legal sports betting help N.J.? I don’t like our odds. 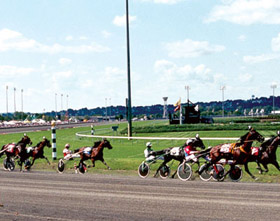 You can’t have prosperity without freedom, but don’t think for a moment that freedom guarantees prosperity.

On Monday, the U.S. Supreme Court aligned itself with common sense and struck down a widely-panned 1992 federal law — the Professional and Amateur Sports Protection Act (PASPA) — which created monopoly for Nevada while precluding others, like New Jersey, from sports betting. SCOTUS relied on the “anti commandeering” principle implicated by the 10th Amendment of the U.S. Constitution for the proposition that Congress should never compel states’ participation in any federal regulatory scheme. 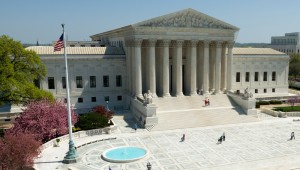 “The legalization of sports gambling requires an important policy choice, but the choice is not ours to make,” Justice Samuel Alito, a Trenton native, wrote for the 6-3 majority. “Congress can regulate sports gambling directly, but if it elects not to do so, each state is free to act on its own.”

Congress can select federal legislative policies; it cannot tell the individual states what their own respective policies must or should be.

I would’ve preferred that the Court declared Congress can’t regulate purely local activities, period, Save Jerseyans, but that’s a discussion for another post.

Here’s the question: will that “level playing field” cited by our friend Senator Kean be seized upon by the ruling party? To New Jersey’s benefit? Or will Trenton do what it usually does and muck everything up?

First and foremost, one Democrat proposal would implement “several types of taxes, with most revenue dedicated to programs that help seniors and the disabled.” That sounds awfully nice on a political mailer or press release because who doesn’t love seniors and the disabled! Right? But is a narrowly-dedicated mechanism truly the best way to go at this point in New Jersey’s troubled fiscal history?

“While seniors and disabled are always a noble cause, every cent of that revenue should go to stabilizing pensions and funding all schools. Once we get those priorities in line then the other projects,” countered Assemblywoman Holly Schepisi (R-Bergen) who shared my skepticism; she knows, as do most in Trenton (even when they don’t act like it) that our state’s unfunded pension liability topped $90 billion at the end of last year.

Senior and the disabled often receive pensions. Many pay property taxes, too. If the ship sinks? It won’t matter how much we’ve dedicated for a small batch of program or services; the boat upon which they’re provided will be at the bottom of the ocean.

And while everyone agrees the 1992 law was nonsense and unconstitutional, it’s an open question whether widespread and legal sports betting prove a boon for New Jersey’s coffers.

Nevada netted $248.8 million from sports wagering in 2017, but only a tiny fraction of that sum comes back in actual tax revenue for the state; ALL gambling in Nevada accounts for only about 10% of the state’s revenue.

For the last Super Bowl? More than $158 million in bets was placed in Nevada but, according to MarketWatch, Nevada’s sports books only raked in $1.17 million of that total wagered sum.

The tax revenue we’re looking at here is almost negligible, folks. Chump change for a state like New Jersey with a pension liability push $100 billion. The senior citizens and disabled taxpayers expecting a windfall from a spurt of new casino and racetrack activity may be sorely disappointed. In fact, I’d be willing to bet on it. Unfortunately, as ever, the rules of mathematics won’t stop the politicians who manipulate seniors, the disabled, and those who love them from peddling fake numbers and false promises.

So yes, thanks to SCOTUS, Monday was a solid day (albeit not a home run) for freedom and federalism.

In terms of making life more affordable and prosperous here at home? In New Jersey?