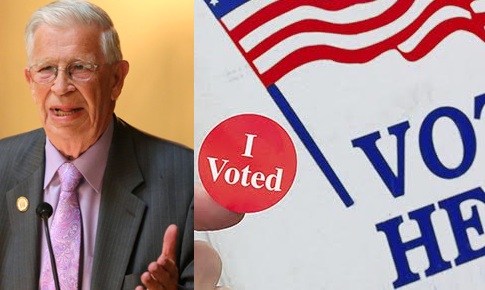 TRENTON, N.J. — Renewed, contemporaneous pushes to (1) implement automatic voter registration at MVC locations and (2) give drivers licenses to illegal immigrants has at least one New Jersey legislator questioning whether there are any safeguards in place to prevent voter fraud.

“How can we ensure that illegal immigrants will not be automatically registered to vote when they go to the MVC to get the new driver’s licenses?” Senator Sam Thompson (R-12) asked on Friday. “What legitimate safeguards are in place to prevent this from happening? This legislation may make it easier for non-citizens to illegally participate in local, state, and national elections, jeopardizing our free and fair voting process.”

It’s estimated that 500,000 illegal immigrants live in New Jersey. Many of those migrants could soon possess drivers licenses if a new legislative effort succeeds.

Staffing issues are a long-standing problem at most Motor Vehicle Commission (MVC) locations throughout the state, raising questions as to how the agency will cope with the new laws and, simultaneously, guard against illegal registrants.

“Mandating automatic voter registration side by side with granting licenses to illegal immigrants will undoubtedly cause confusion and frustration at state agencies and lead to voter fraud,” Thomson added. “Gov. Murphy and Asw. Quijano are trying to pull the wool over our eyes. When we’re asking workers at understaffed agencies to do so much, it’s a virtual certainty that people who aren’t eligible to vote will slip through the cracks and be registered nonetheless.”

“It is no secret that the lack of efficiency at state agencies is a huge problem. Do we really want to make changes that will lead to voter fraud or make wait times even worse?”