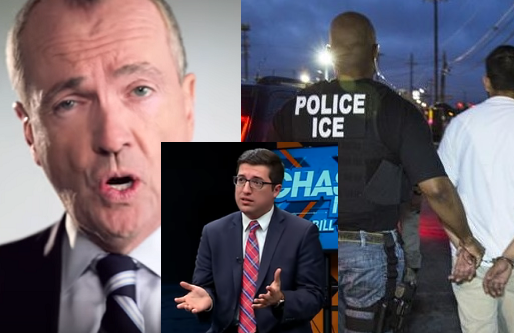 TRENTON, N.J. — As Phil Murphy and his fellow Trenton Democrats move to give New Jersey drivers licenses to illegal aliens, Save Jersey founder and editor-in-chief Matt Rooney hit back hard this week at what he describes as the new governor’s “magnet of lawlessness.”

“Phil Murphy’s also created a magnet for lawlessness. That’s part of the problem here. Illegal aliens in this state already consume billions of dollars in public revenue for schools, for health care, and a number of other items, and more are now gonna come here. So until we address the larger problem, Phil Murphy’s doing the taxpayers of this state a disservice,” Rooney told Chasing News host Bill Spadea during Wednesday’s broadcast.

After a fellow panelist said illegals pull their weight and don’t receive welfare benefits, Rooney replied, “I didn’t say public benefits. But if they walk into a hospital, who ends up paying for it? They have to be admitted to schools, so there are billions of dollars per year being spent on people who aren’t even paying our property taxes. When is Phil Murphy going to start caring about those [taxpaying] individuals?”