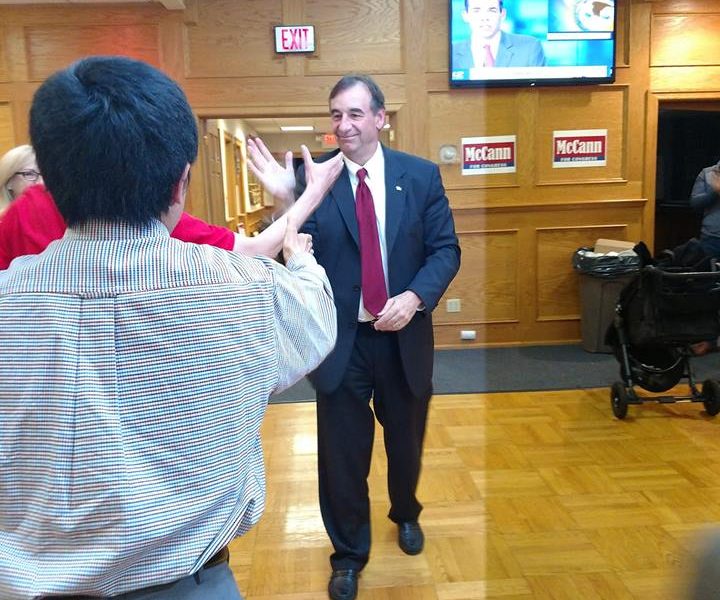 The Republican attorney was powered by an aggressive (and expensive) 11th hour media blitz as well as a dominant performance in Bergen County and a strong showing in the sprawling district’s western counties, too. He led Lonegan by 16,283 votes (53.1%) to 14,404 (46.9%) with 99% of precincts reporting.

Lonegan call McCann to concede the race sometime after 11 o’clock. This is the latest in a long string of consecutive federal and statewide defeats for the former Mayor of Bogota. This was also his third run for the U.S. House of Representatives and the third district (the other two were the 9th and the 3rd) in which he’s run.