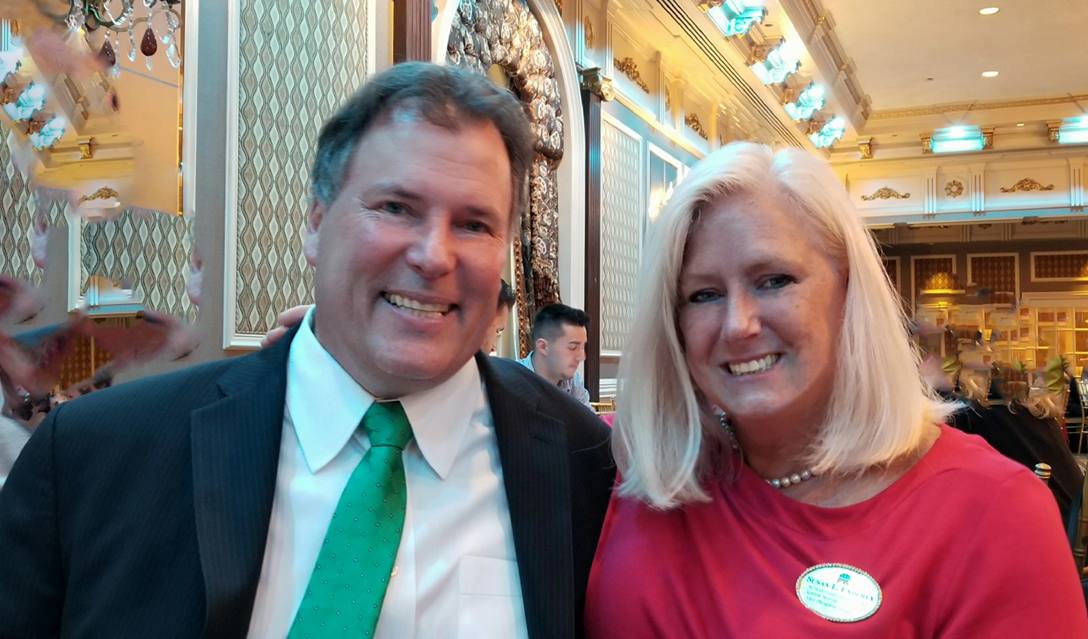 PATERSON, N.J. — Peter Murphy is (officially) back, Save Jerseyans.

The Totowa GOP chieftain, who ruled the county organization from 1991-2000 before being prosecuted by Chris Christie, was elected County Chairman on Wednesday evening by a unanimous vote at The Brownstone in Paterson.

Murphy assumed the county throne in front of hundreds of committee members and elected officials, pledging to build the party through recruitment and fundraising while restoring focus on winning local seats.

Murphy’s running mate for Vice Chairwoman, Joanie Walsh of Wayne, was also unanimously elected. Walsh, a former Freeholder candidate with a track record of grassroots campaigning and building volunteer bases, is a longtime Murphy ally who was instrumental in organizing the revival of the Passaic County Young Republicans a few months ago.

Murphy and Walsh have been outspoken supporters of Passaic County’s slate of candidates, former Sheriff Ron Fava of Clifton for County Clerk, and Freeholder candidates Gary Passenti of Clifton, Lori Mambelli of Totowa, and Frank Pietropaolo of Wayne.

Outgoing County Chairman John Traier of Clifton did not seek re-election and threw his support behind Murphy and Walsh months ago. North Haledon Mayor Randy George nominated the Murphy-Walsh ticket following some words of appreciation for Traier’s leadership.