NJ-03: Andy Kim campaigns in Cherry Hill… which isn’t in his district.

Andy Kim is working to upset Tom MacArthur in this year’s NJ-03 contest, Save Jerseyans, and the Democrat challenger’s difficult work took him to Cherry Hill on Monday evening:

Kim — accused in recent months of embarrassing behavior including improperly availing himself of a tax credit and embellishing his national security record — said he looked forward to helping attendees “plan for our home’s future” which is nice and good and whatever.

It’s in the 1st, represented by Donald Norcross. It hasn’t been in NJ-03 since 2010 when then-future Congressman Jon Runyan defeat John Adler; redistricting subsequent to the census moved this Camden County town out of the 3rd District which is now comprised totally of Burlington and Ocean county towns.

Maybe the DCCC can spring for a GPS?

In any event, candidate Kim’s team changed the post’s language several after it went live to make it sound less… stupid: 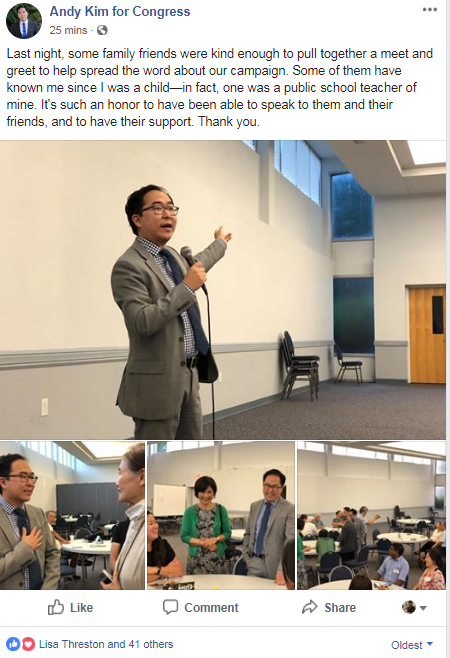