Liz Warren set to fundraise in N.J., home of the base she voted against saving 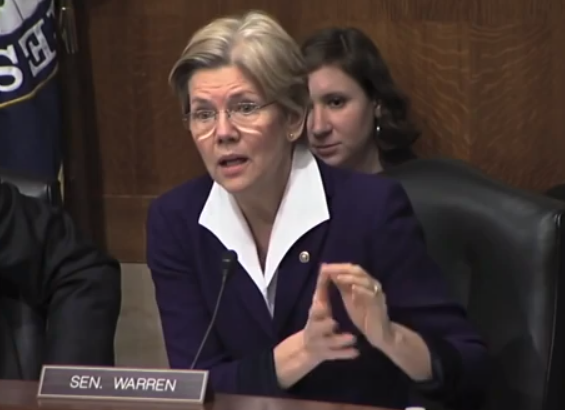 U.S. Senator Elizabeth Warren, the Democrat from Massachusetts infamous for her socialist views and lying about having Native American heritage, is visiting New Jersey on Friday night, Save Jerseyans.

Why? She may complain about money in politics like the rest of them, but she’s never opposed to raking it in for candidates she hopes may one day support her ambitions for higher office.

This time, Warren is raising money for Andy Kim, the NJ-03 Democrat nominee challenging Tom MacArthur this cycle who doesn’t seem to have a clue which district he’s running to represent and which towns are actually inside it. It’s becoming a patter, this event will take place in Short Hills (Essex County).

Down here in South Jersey? Where the Ocean-Burlington district which Kim hopes to represent actually lies?

40,000+ New Jersey voters and taxpayers nearly lost their jobs because they work at the Joint Base McGuire-Dix-Lakehurst in addition to countless others who work economically-connected businesses, and Senator Warren opposed the KC-46 and KC-10 tanker programs which are vital to keeping the base, NJ-03’s largest employer, safely in operation.

Warren’s side didn’t prevail thanks to the efforts of MacArthur and others, but her past attempts to seal the base’s demise don’t seem to bother Kim.

She voted to cut off the base’s lifeline not once, or twice, but THREE times, folks:

Warren voted AGAINST barring the retirement of the KC-10 and providing $2.3 billion in funding for the KC-46 program.

“While I have successfully fought against Washington dysfunction to help secure the Joint Base, extremists like Elizabeth Warren have put its future in jeopardy,” said Congressman MacArthur in a statement, calling on Kim to return any money raised by the event. “Andy Kim has a choice to make – and it should not be a difficult one. Either he stands with the Joint Base and the people of Burlington and Ocean Counties or sells us out to stand on a stage with a radical politician like Elizabeth Warren, who repeatedly voted to block the very mission that secured the future of the Joint Base.”