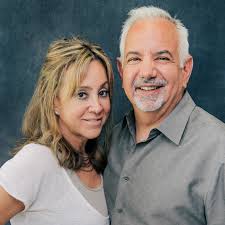 One GOP leader disagrees with the reaction.

“I’m taking a stand for free speech,” said Rich Pezzullo, nominee for the 6th Congressional District, on his Facebook page. “I have met these two frequently and they are two of nicest people you could want to meet. Their job is to talk on the radio, and they should continue to do so. They are members of the NJ Broadcasters Hall of Fame and are deserving of some tolerance – especially from those who claim to despise intolerance.”

VOTE: Did NJ 101.5 do the right thing by suspending Dennis and Judi?

Candidate Pezzullo went a step further by linking to a petition calling for Malloy and Franco’s immediate reinstatement by NJ 101.5.

The controversy began when Malloy, discussing Grewal’s recent decision to request a suspension of municipal court marijuana prosecutions with Franco, said he couldn’t remember the AG’s name. Malloy then told Franco “I’m just going to say the guy with the turban.”

The popular pair are famous for their irreverent and politically-incorrect humor, frequently making fun of just about everyone for almost everything (including former Governor Chris Christie’s weight). Critics nevertheless say this latest comment crossed a line.

NJ 101.5 hasn’t announced when a decision regarding Malloy and Franco’s future with the station will be announced.

Pezzullo is running to upset incumbent Frank Pallone in this November’s midterm election.