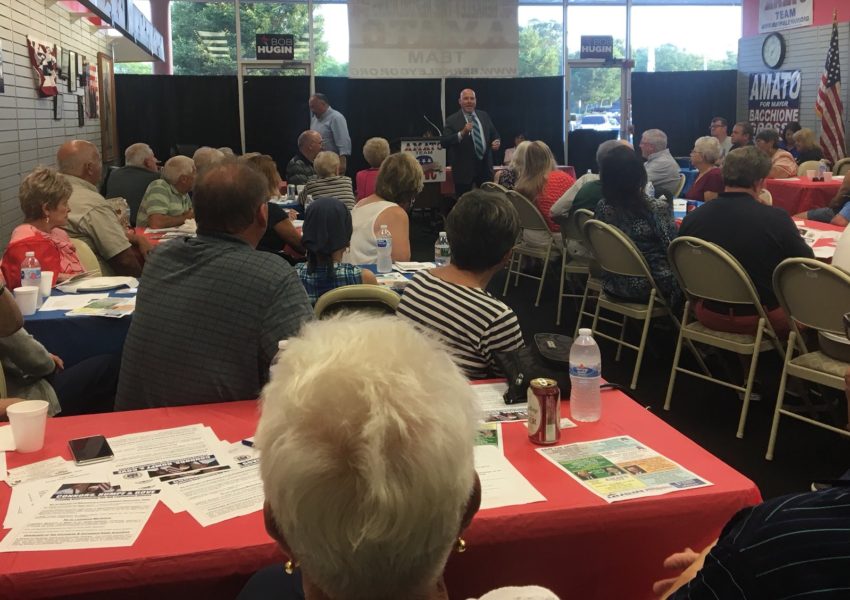 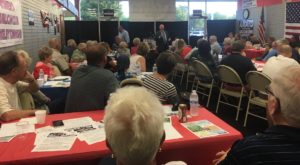 On Monday night, Congressman Tom MacArthur (R, NJ-03) met with a full house of Republican supporters in Berkeley Township to discuss the race and the state of things in Washington, D.C.

“Anyone talking up a blue wave in NJ-03 is forgetting all about Ocean County. Base GOP voters are amped up for 2018 — especially in Ocean County (where Trump won by 90,000 votes),” said MacArthur district chief of staff Frank Luna, himself a native of nearby Waretown.

MacArthur will need a large margin out of Ocean County if he underperforms to the west, in Burlington County, where Democrats have made gains in local, county, and legislative races in recent years. Demographic change there has proved a difficult hurdle for Republicans who have controlled county government for many years.

Meanwhile, Democrat nominee Andy Kim is locking arms with the severely-admonished Bob Menendez, a move which the Congressman says is nothing short of “offensive.”

“Andy Kim’s willingness to align himself with Bob Menendez and accept his help in this campaign is offensive to Democrats, Republicans and Independents who are sick and tired of government corruption and politicians who line their own pockets at our expense,” said MacArthur. “Today, Andy is accepting campaign help from someone who was indicted for bribery by President Obama’s Justice Department. Does Andy Kim disagree with the bipartisan Senate Ethics Committee finding that Bob Menendez broke federal law and took $1 million in illegal gifts? If not, he should have no problem denouncing Bob Menendez right now and immediately call on him to cancel tonight’s event in the Third District.”