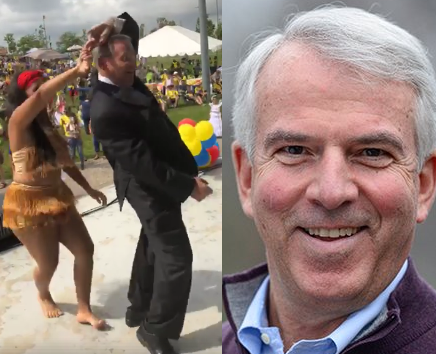 The world of politics is one where shame is a foreign concept, Save Jerseyans. Senator Gropacus (aka “Cory Booker”) remains a leading example.

But one other politician who’s actually on the ballot this November stands out for his particularly egregious lack of contrition for a life of poor and probably criminal behavior. I’m referring, of course, to Bob Menendez, the severely admonished senior senator of New Jersey.

Unlike the Kavananugh case? Where intense national coverage and a full-day of emotional testimony failed to unearth any hard evidence of sexual wrongdoing? Federal investigators continue to believe there’s corroborating evidence behind allegations that Menendez and his friend, convicted felon Salomon Melgen, solicited underage prostitutes.

Menendez also abused his office’s influence to obtain visas for the girlfriend and sister of his married donor (again: Melgen) to enter our country.

None of that awful history gave anyone at the New Jersey Democratic State Committee pause on Thursday before they sent out easily the most tone deaf e-mail fundraising solicitation of Election 2018, inside or outside of the Garden State.

“Here in our state, which 1.8 million survivors of sexual violence call home, we need a senator who believes survivors — Bob Menendez is that champion,” the e-mail’s author explains.

“Only in New Jersey politics could you have a US Senator, indicted for corruption, accused by the federal government of having sex with underage prostitutes, sanctioned by his colleagues, both Democrats and Republicans for his unethical behavior, run for re-election. And then have him raise money off the Kavanaugh hearings for his reelection claiming he is the savior of sexual assault victims. This is an example of why people hate government,” said Holly Schepisi (R-Bergen).

It’s also just another day in the lives of New Jersey’s rich, powerful, and shameless.