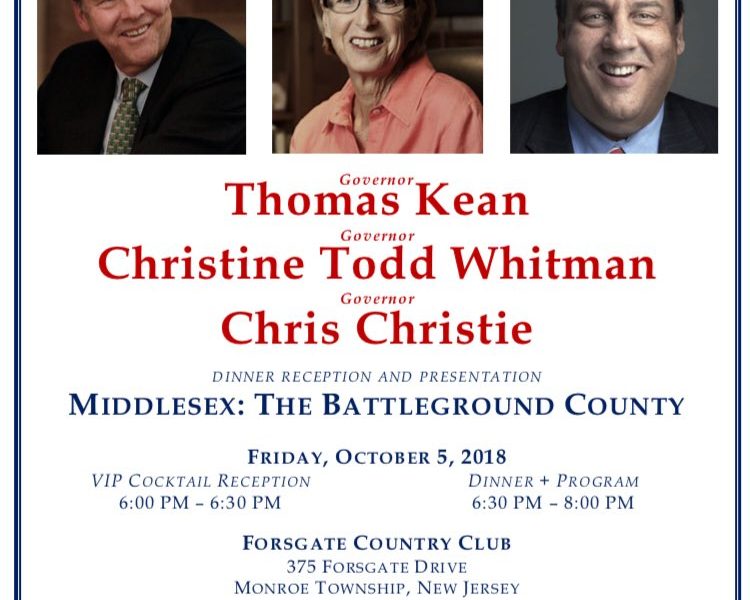 MONROE TWP, NJ — It’s an unusual event and sure to be an interesting one, too.

On October 5th, the Middlesex County Republican Party will host a fundraiser at its go-to venue (Forsgate Country Club in Monroe Township) featuring the GOP’s three most recent governors: Tom Kean Sr., Christine Todd Whitman, and Chris Christie. The invitation obtained below by Save Jersey was released on Monday.

The trio were all elected to two terms as governor, but that’s about where the similarities end. In some ways, the three Republican governors have come to represent three of the divergent paths within the modern GOP.

Christie vs. Kean is (still) a real thing. Chris Christie once counted Tom Kean Sr. as his mentor. On Election Eve 2017, he slammed former Governor Kean, the latest twist in a prolonged falling out between the allies since Christie’s 2013 reelection when, in the immediate aftermath, Christie signed off on a failed attempt to oust the elder Kean’s son, Tom Kean Jr., from his post as GOP Senate leader. Christie also criticized Kean’s 1980s audit of state government, an idea backed by his Lieutenant Governor Kim Guadagno during the 2017 election.

They weren’t on the same page in 2016, either, with the Kean clan maintaining close ties the Bush family while Christie endorsed Trump after leaving the race himself.

Former Governor Whitman’s most recent contributions to the GOP include criticizing President Donald Trump and call for his resignation. The Middlesex Republican grassroots are considered among the Donald’s strongest supporters in the Garden State which he carried resoundingly in the 2016 primary. 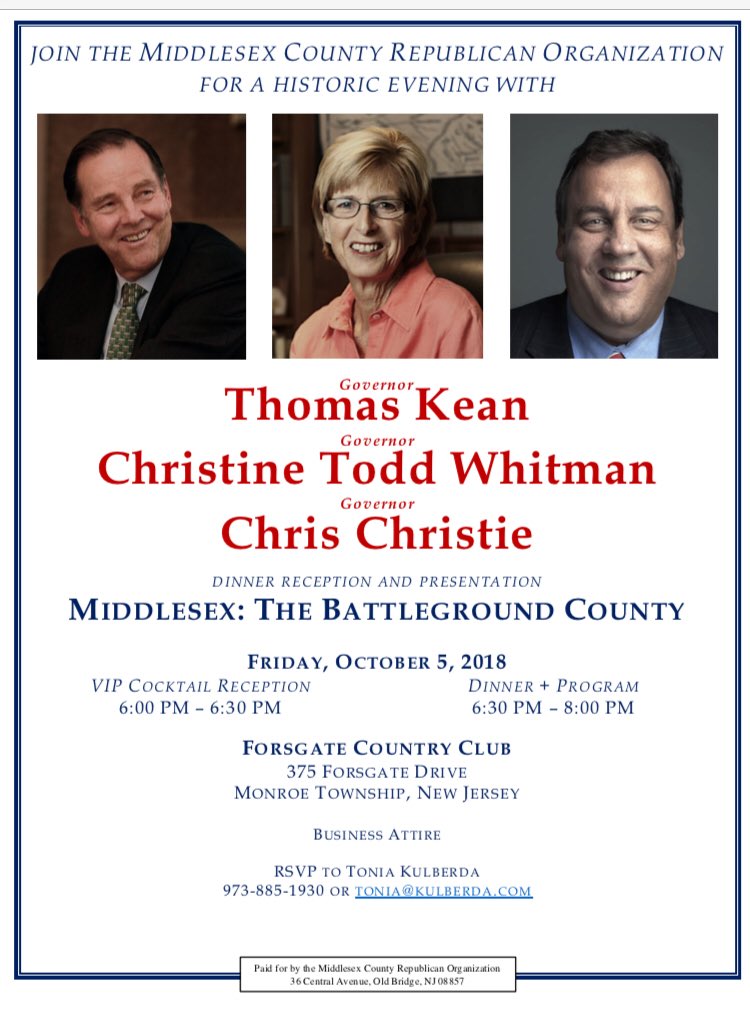