POLL: Sherrill’s lead over Webber is slipping in NJ-11 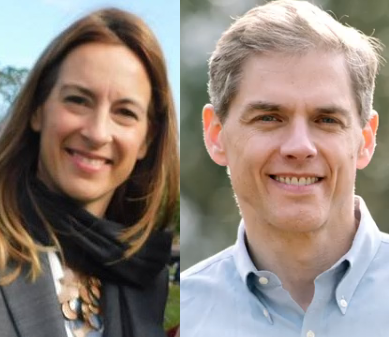 “Despite the Democrats’ outspending the Republicans dramatically over the past several months, Jay is down three in the ballot against Mikie Sherrill, 43%-46%,” Geller reported on Sunday in a campaign polling memorandum released to the media. “This three-point gap, of course, is well within the survey’s margin of error. This represents a 3% improvement since our July survey.”

Geller says undecided voters in the district are likely to break to Jay Webber (R) over Mikie Sherrill (D) for a few key reasons.

Among those reasons: the poll of 400 likely NJ-11 voters found those who are undecided breaking 39% Republican versus 7% Democrat on the so-called generic congressional ballot.

“By a 56%-38% margin, voters prefer a Republican who agrees with the President on some issues, but disagrees with him on other issues, versus a Democrat who will oppose President Trump on every issue, all the time. Among undecided voters it is 78%-11% in favor of the Republican,” explained Geller.

The challenge for Webber, Geller hypothesizes, is Sherrill’s decisive fundraising edge over Webber, a problem Republican candidates are grappling with nation-wide this cycle.

“This is a traditionally Republican seat that continues to display its Republican orientation. The modest ballot deficit for Webber is a function of the spending of the Democrats. The district did not suddenly change its partisan or ideological orientation,” Geller concluded. “The generic ballot, the POTUS job approval and the head to head ballot show a competitive race in a Republican district. One can argue that if the Democrats were looking to win the race in August and September with their shock and awe spending spree, they failed. Undecided voters are behaviorally Republican. Look for the race to break late toward Jay.”

Democrats both inside and outside of the Garden State view NJ-11 as an important if not necessarily a must-win battleground in their larger effort to retake Congress.

The only released public poll in NJ-11 to date, going way back to June 2018, found Sherrill leading by 4 points.